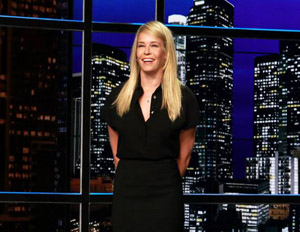 Netflix’s popular original programming is spawning favorable reviews for shows such as “Orange Is The New Black” and “House Of Cards.” Now, the binge-watching worthy service provider is looking to expand its empire into the talk show realm.

Set to be hosted by E! Network’s own Chelsea Handler, the online TV network said Thursday (June 19) that her new show will begin in early 2016. It will adopt the format of her current E! talk show, “Chelsea Lately,” and retain the comedic focus on pop culture and entertainment.

Other than that, no other details were provided.

The seven-year run of “Chelsea Lately” will end this year on August 26. To usher in Handler’s induction into the Netflix family, the deal will spotlight an original stand-up performance that will premiere on October 10, 2014. The talented comedian will also create four original specials that will debut in 2015.

Speculation grew after Handler announced her departure from E!, with many thinking that she would continue her hilarious reign on a broadcast network. With word now that she is taking her talents to Netflix, Chelsea Handler is revolutionizing how late night talk show stans get their fix.