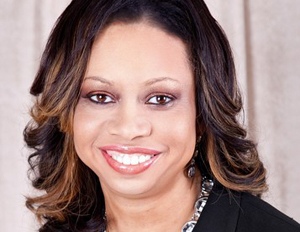 In this special BlackEnterprise.com series, we share quick and easy tips on career enhancement and workplace issues–on everything from networking to leadership to conflict resolution–from industry leaders.

Top three people you should always keep in touch with:

Professor/Teacher/Educator: I teach at Baruch College, and I definitely like to hear when former students secure a new job or internship, return to school or accomplish a major achievement. Professors expect requests for recommendations, so it helps if you were a memorable student and sought to build a relationship of genuine interest with professors. They can eventually become lifelong mentors. Invite your college professor/educator to connect with you on LinkedIn, and practice your networking skills with your professors.

Former Boss: Show appreciation for what you learned under their leadership and stay in touch. They could also be mentors to you.

Sponsor/Mentor: I once served as an intern at Memorial Sloan Kettering Cancer Center while pursing my master’s degree. I met a young lady who had a high-profile managerial position at the hospital and asked her to be my mentor. Initially, she was slightly reluctant because she was so busy, but I convinced her I could be a resource. I volunteered to do research for projects and assist her in any way I could and eventually, she invited me to networking events. I was scared at the time because I had no idea how to network. She suggested that we each meet someone and introduce our new acquaintance to each other. It worked! It was then that I became a trusted professional and colleague to my mentor.

Eventually, I left the hospital on good terms to pursue a new career, and I went on to work for the Mayor’s Office. After I secured my position, I had a conversation with my director who told me she’d checked all my references and background, and she noticed on my resume that I worked at Memorial Sloan Kettering. Turns out, she had a contact at the hospital. The contact just happened to be my mentor, who gave me a beautiful recommendation! Moral: It’s always good to remain connected with someone who was able to help in your career development. It does wonders.

Volunteer Leaders: They can speak to your leadership skills or special talents while you were a volunteer, and the work you’ve done with them. This connection is invaluable because its shows your commitment despite not getting paid for your time or services.

Sabrina Kizzie (@SabrinaOnMove) is an author, entrepreneur and marketing consultant. She is also an adjunct lecturer at Baruch College’s Division of Continuing and Professional Studies in New York City, teaching social media and interactive marketing. Selected as on of the “25 Most Influential Women” by The Bronx Times Reporter, she is a proud New York City resident who has a passion for real estate, having founded SLK Properties of NY L.L.C. A Long Island University graduate, Kizzie’s insights on real estate and marketing have been seen in Crain’s, The Mann Report and Real Executive Magazine.