Never Give Up: How One Boomer Turned Unemployment Into Career Triumph 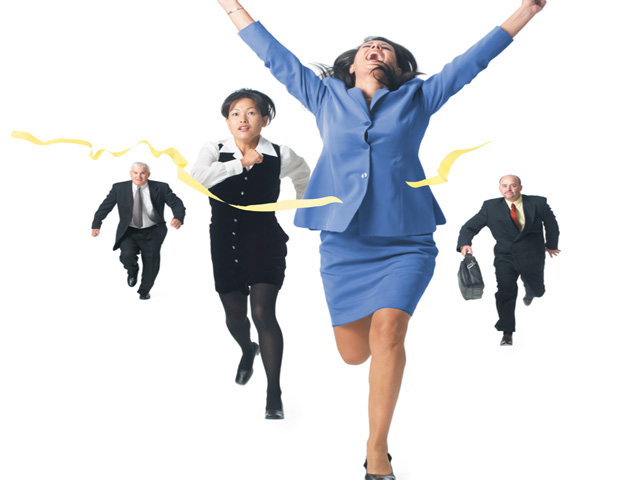 According to the United States Bureau of Labor, 9.1% of the labor force is currently unemployed. This rate is significantly higher among African Americans, at more than 16%, the highest among any group in the United States. These staggering statistics reflect the hard reality that so many professionals face each day. WithÂ  many qualified, educated, and experienced Black Americans out of work, the job market has become increasingly competitive and hard to navigate.

President Obama’s proposal of the American Jobs Act seeks to alleviate our country’s burden of record-high unemployment rates, but it could be quite some time before many American’s return to work. Even with unemployment insurance extensions, many are finding themselves unemployed longer than the average 2-year period of receipt.

So, what does one do in the meantime? Do we sit and hope and pray for a miracle? Or, do we regain momentum and strive to make the most out of being out of work? While being unemployed can be a very stressful and uncertain time for many, it can also become a time for reflection, rejuvenation, and renewal. With the right attitude, an assertive approach, and immense faith, unemployment can materialize into just the change one needs.

Here, we share the story of Marie, 60, stepped out on faith after losing a job she had for decades to transition into an industry she never even knew she could strive in. Be inspired by her perseverance and the lessons she learned in her journey back into the workforce:

NOT READY TO RETIRE

When *Marie learned that her position with one of our country’s leading insurance firms would be dissolved in 2009, she thought that her life had crashed in an instant. After 39 years on the job, she felt lost, afraid and didn’t know which way to turn. Marie was in no way ready to retire and had several years before she’d be able to collect social security. But for Marie, it was about more than not knowing how she’d survive financially. Marie enjoyed her job and the thought of not seeing or working with people that she had been with for so many years made her quite sad. “We were like family,” she says. “We watched each others kids grow up.â€ With no college education, Marie was convinced that there would be no place for her in today’s job market. She hadn’t written a resume in decades and couldn’t remember the last time she went on a job interview. She was a pro at what she did at the company, but didn’t feel that she had many skills outside of that job.

After a period of fighting depression, Marie began to regain her courage. She sought the help of a professional career consultant and had her resume professionally prepared. Though she feared rejection, she put her apprehensions aside and began searching for employment. Initially, she didn’t receive any responses from employers and started to feel discouraged. When her unemployment insurance was about to end, she became even more concerned about how she’d survive financially. Nevertheless, she continued to work toward her goal. She began taking computer classes in order to maintain and improve her technical skills. She asked colleagues, family, and friends to let her know about any job openings. She became active with her church’s health and wellness ministry and volunteered whenever she could. Marie was determined to not become consumed by the uncertainty of her future. Instead, she did as much as she could to stay busy and active, all while looking for a new job.