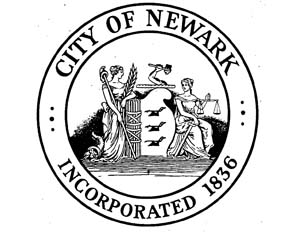 “The fund and the Wi-Fi network are major steps toward establishing Newark as a technology hub for the region,” said Baraka.Â Â “We are making the right tech investments in our workforce and our neighborhoods.Â  This is about creating more opportunities to grow the economy, for Newark 3.0 to thrive.â€

The location also houses the headquarters of Audible–an Amazon subsidiary that sells digital audio books and audio versions of newspapers and magazines–and its Newark-based employees as well as the Rutgers University Business School, which is providing rent-free access to the facility, which is now being readied for construction.

Audible’s executives and advanced technologists will play a key role in providing mentoring to resident portfolio companies. “Audible moved to Newark in late 2007 to help accelerate the comeback of a great American city,â€ said Audible CEO Donald Katz, also the founder of Newark Venture Partners. “As the fastest-growing private employer in Newark, we have added hundreds of employees who are thriving in a city at a historic tipping point.Â  Along with the Newark Venture Partners leadership team, we look forward to mentoring fellow entrepreneurs and their employees.â€

The first fund of its kind in the New York metropolitan area, Newark Venture Partners is part of a national “social impact investingâ€ trend characterized by a “double bottom lineâ€ investment thesis that will include regularly published metrics on the fund’s contribution to social and economic improvement such as job growth, taxable revenue growth, increased residential in-migration, foot traffic, and the growth of vibrant street level amenities.

The network, which has already been used by more than 50,000 people prior to announcement, is capable of delivering hundreds of megabits per second download speeds to client devices. The successful network was made possible by cutting-edge customÂ hardwareÂ from Ackrion Inc., a Springfield, Massachusetts, based startup.Â Â In addition, the same cutting-edge solution is also available at several community recreation centers and housing authority locations in the city’s neighborhoods.

“Our additional support of Firebolt, promises to be a boon for the community of Newark by expanding Internet access, stimulating innovation, and giving businesses a competitive edge,â€ said Prudential Financial Vice Chairman, Mark Grier. “We are particularly pleased that our support extends the Wi-Fi beyond the downtown core to recreation centers around the city to further benefit Newark residents.â€