New App Fights Racism and Discrimination in the Media 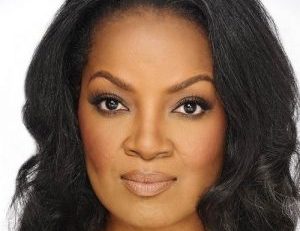 Women 2.0 sits down with tech founder, Dr. Brendesha Tynes, to discuss her new app that advances racial and media literacy.

W2: What were some of the factors that led you to become an entrepreneur? How has your past experience gotten you to where you are now?

BT: While working on my Ph.D. at UCLA, I became interested in the race-related experiences youth have online, as a researcher on a National Science Foundation-funded project on sexual identity in chat. As we were reviewing some of the transcripts about gender and sexuality, I noticed they were full of racial epithets. I thought, “This is what I’m going to study!â€

After 14 years of research in this area, I no longer wanted to simply report on these issues, but the current racial climate made me want to use technology to take action. I wanted to start a company that would create tools that promote representations of groups in their full humanity, that would call out the inaccuracies in the ways people of color are portrayed across a range of media, and facilitate the development of more positive perceptions of self for underrepresented groups. Ultimately, these tools will serve as a buffer against some of the negative outcomes we typically see associated with negative images and messaging in the media.

Having a Ph.D and leading large, diverse research teams has helped me tremendously as an entrepreneur. I not only have the content knowledge to create educational apps, but my designs build on more than a decade of research.

W2: What problem did you see in the market that inspired you to start your company?

BT: In addition to the findings from my own research, we know that other forms of media such as television, are not keeping in step with the changing demographics of American society. Despite the fact that we are witnessing the most diverse generation come of age in U.S. history, we don’t see all groups accurately represented on screen, according to the UCLA Diversity Report. This is also the case with other forms of media including educational materials, apps, music, and games.

Women 2.0 is building a future where gender is no longer a factor. Founded in April 2006, it’s now the leading media brand for women in tech. The for-profit, for-good company takes an action-oriented approach that directly addresses the pipeline from all sides: hiring, founding, investing and leading.