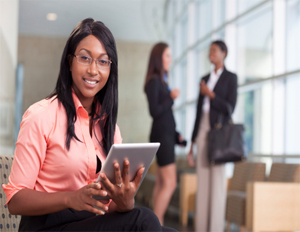 “This is a big win and a milestone for the National Women’s Business Council, the movement, and the millions of women across the country. The Women’s Small Business Ownership Act of 2014 will open doors to more money, more contracting opportunities, and more training for women to start, grow, and scale their businesses. The Women’s Small Business Ownership Act of 2014 creates a pathway to success, and calls for much-needed remedies to the barriers and challenges that are realities for too many women,” said NWBC Executive Director Amanda Brown in response to the legislation.

As BlackEnterprise.com reported last month, the U.S. Senate Committee on Small Business and Entrepreneurship’s recent report revealed women-owned businesses represent a $3 trillion economic force and support 23 million jobs, that women-owned businesses still face significant barriers compared to their male-owned counterparts. “This is a sobering reality for countless women entrepreneurs. It is time to close the gender gap for women entrepreneurs. It is time to break through the 21st century glass ceiling,” Brown added.

Key components of the legislation include: