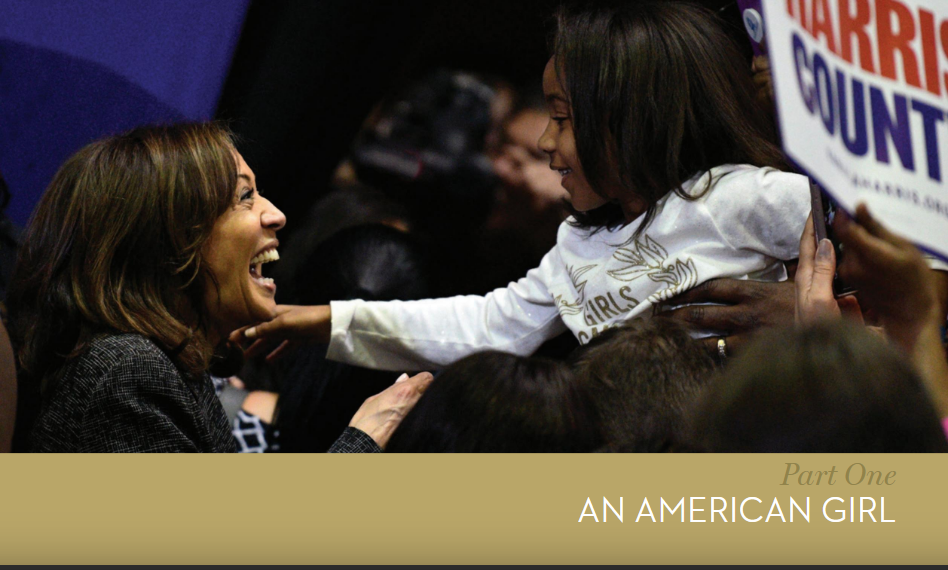 Kamala Harris‘ run to history as the first Black and Asian American, female vice president, has been chronicled in a photographic biography to be published Nov. 16.

In Vice President Kamala Harris: Her Path to the White House, author Malaika Adero delivers a new look into the HBCU graduate and vice president with more than 100 photographs, quotes, commentaries and  highlights from some of her campaign speeches.

Photo editor Christopher Measom collaborated with Adero to give an in depth look at the more private side of Harris. According to the Washington Examiner, Adero, a Black woman, has worked on other books with  Black celebrities including Spike Lee, T.D. Jakes, George Clinton, Walter Mosely, Zane, Pearl Cleage and Blair Underwood.

Adero told the Examiner she believes “Vice President Kamala Harris Her Path to the White House” can serve as a primer on Harris and her life.

“As a researcher, I went to local news media in Jamaica and Chennai, India, where her parents are from. They had a lot to say about Kamala,” said Adero. “There was a conversation that this woman was one of us.”

The book splits Harris’ personal and political life into three sections. The first section “An American Girl” gives readers an insight into her life growing up in California during the 1960s. Harris saw activism during the early years of her life as the world began to change during the time with the Black Panther Party and the push for gay rights.

The second section focuses on Harris’ educational and cultural influences which includes her time at Howard University, where she was a member of the  Alpha Kappa Alpha sorority. According to Adero, Harris’ time at Howard helped her form a close support system, many of which were also  included in her run to the 2020 Presidential Election.

The third section, which Adero says is her favorite, focuses on how Harris interacts with others and how they respond to her. This section also includes photos of Harris with parishioners, a drumline, politicians, President Biden, her husband Douglas Emhoff and her family.

In her role as vice president, Harris has dealt with significant issues  plaguing the U.S. today including the southern border, criminal justice reform and the coronavirus pandemic.