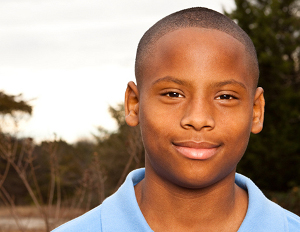 On Jan. 19th, Martin Luther King Jr.’s birthday, New Entity launched To Advance Black Male Achievement in America. The Campaign for Black Male Achievement, (CBMA), announced the official launch in New York City, after seven years of preparation and functioning as part of the Open Society Foundations. Now, the CBMA will operate separately after spin-off from the Open Society Foundations. The CBMA also released several initiatives to help improve the lives of the country’s black men and boys.

The CBMA was established in 2008 and has played a key role in helping to increase opportunity and access for America’s boys and men of color. The organization has proudly established the first-ever social entrepreneurship fellow for Black Male Achievement, jointly with Echoing Green. They have also helped create Cities United, which brings together 60 U.S. mayors who are committed to design programs and policies to drastically reduce the amount of violent deaths among black males in their cities. Along with these crucial developments and accomplishments, the CMBA has also been a major component in the launch of BMe Community, a network that creates caring and affluent communities inspired by men of color, as well as playing an active role in paving the path for President Obama‘s “My Brother’s Keeper Initiative.”

[RELATED:[REVIEW]: AVA DUVERNAY’S ‘SELMA’ IS TIMELY, ENGAGING, AND A MUST SEE]

The CMBA will now continue to institutionalizeÂ  programs to help the life outcomes for our nation’s males of color, and has partnered with other local leaders and companies to kick-off a series of activities. On Jan. 19 in Detroit, there was a free screening of the Oscar-nominated film Selma, followed by an in-depth panel conversation, hosted by the CMBA and the Skillman Foundation. The “MLK Mentor Dayâ€ also took place in 300 cities across the United States and Canada, which is a part of a larger scale strategy to make sure that 50,000 boys have the opportunity to be involved in safe, mentoring relationships.

Shawn Dove, CEO of the CMBA, stated, “Even as our nation comes off a year of increased attention to the unjust killings of Black men and boys by law enforcement — from Michael Brown and Eric Garner to John Crawford and Tamir Rice — we have also witnessed the President of the United States announce an initiative committed to improving the life outcomes of young Black and Latino males, as well as the growth of theÂ Executives’ Alliance to Expand Opportunities for Boys and Young Men of Color.â€ Dove also said, “Because of these efforts and the many leaders we have been able to support, the field of Black Male Achievement is stronger today than it has ever been. Because of that, even greater strategic focus will be needed to maximize the opportunities before us, and to ensure that the work in pursuit of Black Male Achievement is sustained over time. I am beyond excited for what the next stage of CBMA’s journey will be as we move towards building a strong, beloved community for Black men and boys.â€

Watch the video below of the launch announcement.