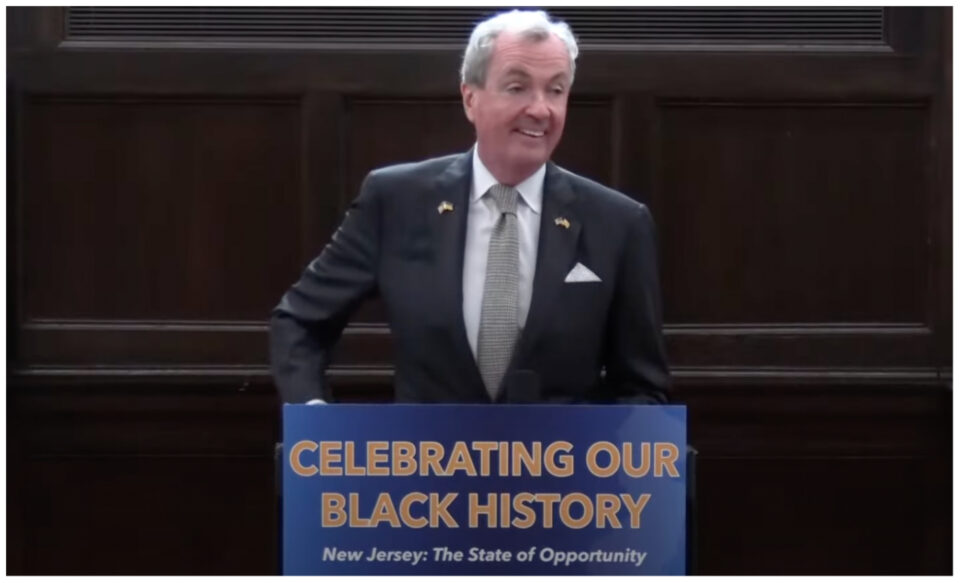 (Image by the New Jersey Office of the Governor / YouTube)

The state of New Jersey is honoring Black history with a new bill that aims to promote awareness in the state, NBC News reports. The bill allows the New Jersey Historical Commission to develop the Black Heritage Trail, a path that will highlight Black sites and historical markers in New Jersey. The new law was signed by Gov. Phil Murphy on Sept. 7. Bill A2677 Sa (1R), appropriates $1 million to the New Jersey Black Cultural and Heritage Initiative Foundation.

New Jersey Secretary of State Tahesha Way will begin choosing sites along with the New Jersey Black Cultural and Heritage Initiative Foundation. Assemblyman Antwan McClellan (R-Cape May) was a sponsor of the bill and said that the Black Heritage Trail will be an opportunity to learn about Black history year-round.

“It’s an opportunity to learn about our history, not just on Martin Luther King Day, not just in February for Black History Month, and not just in June for Juneteenth,” said McLellan.

According to New Jersey Historical Commission’s executive director, Sara Cureton, the New Jersey Black Heritage Trail will help to elevate the history of Black people in the state.

“The history of Black Americans in New Jersey has long been neglected, misunderstood, or even suppressed,” said Cureton. “The establishment of the New Jersey Black Heritage Trail is one powerful way to elevate the stories of Black New Jerseyans so that we all can learn from them.”

One site being considered for the Black Heritage Trail is the home of abolitionist Harriet Tubman, who rescued enslaved people via the Underground Railroad. Other sites of consideration include the Hinchliffe Stadium in Paterson, the stadium that hosted games for Negro League Baseball in the 1900s. Also being considered is Perth Amboy, the city where the first free Black man, Thomas Mundy Peterson, voted in 1870. The home of musician Count Basie in Red Bank is also under consideration.