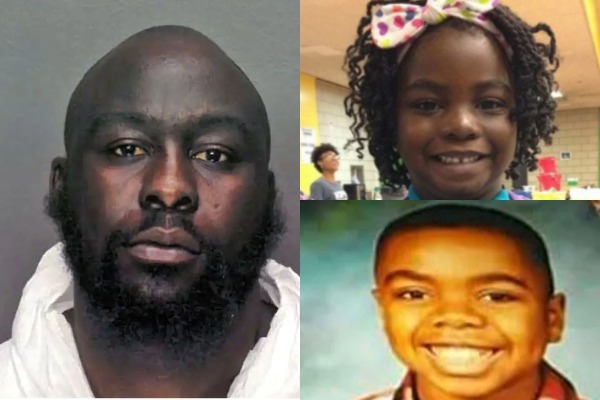 A New Jersey man has received an extremely lengthy prison sentence for the gruesome 2016 murders of two young children and a woman over a comment left on Facebook.

On Friday, Jeremy Arrington, 32, was sentenced to 375 years in prison for the brutal murder of Ariel Little Whitehurst, 7, Al-Jahon Whitehurst, 11, and Syasia McBurroughs, 23, NJ.com reports. Arrington stabbed the two children more than a dozen times and fatally shot McBurroughs in the head.

On Nov. 5, 2016, Arrington tied up seven people in a Newark apartment and tortured and mutilated them. He went to the Hedden Terrace home after one of the stabbing victims posted on social media that police were looking for Arrington in relation to a sex crime.

In a fit of rage, Arrington sought out the social media commenter and entered their home in the middle of the afternoon where he tied up seven people and tortured them with kitchen knives, prosecutors argued.

Essex County Deputy Assistant Prosecutor Justin Edwab described Arrington’s acts as “pure evil, saying the angry man treated the apartment like an “amusement park” of torture where he went around stabbing his victims.

Three other victims—Ariel and Al-Jahon’s 29-year-old mother and a set of 13-year-old twins—were all stabbed but survived the attack. A young girl who managed to escape and call the police helped save the surviving victims.

“He caused as much pain as he could to that family,” Edwab said.

Arrington won’t be eligible for parole for 281 years.