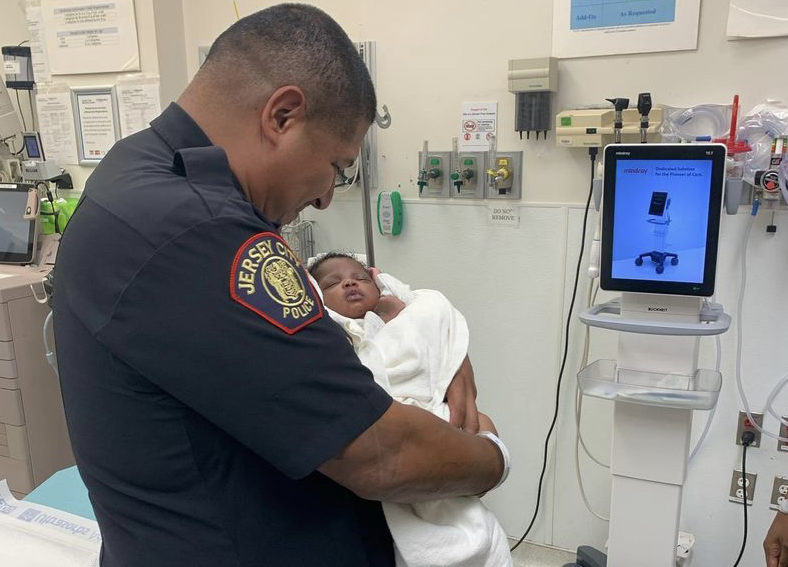 Authorities said that a New Jersey police officer caught and rescued a baby after a man threw a newborn from the building’s second-floor balcony.

Jersey City police officer, Eduardo Matute, was just in time as he rescued the one-month-old baby.

According to a statement from the Hudson County Prosecutor’s Office, it happened as tense negotiations between police and an unidentified man broke down.

As a precaution, the baby was taken to a local hospital and discharged without injury.

According to a city spokesperson, the incident began Saturday morning when officers on-post received a report of a man “dangling a baby over a balcony” on the second floor of a Rose Avenue building.

Officer Joseph Casey first arrived and, along with Matute and other officers, set up a perimeter and attempted to negotiate with the man, authorities said.

Although officers set up a perimeter, “eventually the man did throw the one-month-old baby from the second story of the building,” according to the mayor.

Authorities credited police at the scene with saving the child’s life.

“Kudos to the JCPD and all the officers involved for their heroics and for bringing a safe conclusion to this dangerous situation,” Hudson County Prosecutor Esther Suarez said in a statement.

The suspect is charged with attempted murder, aggravated assault, and endangering the welfare of a child, she said.

The newborn has not been identified.