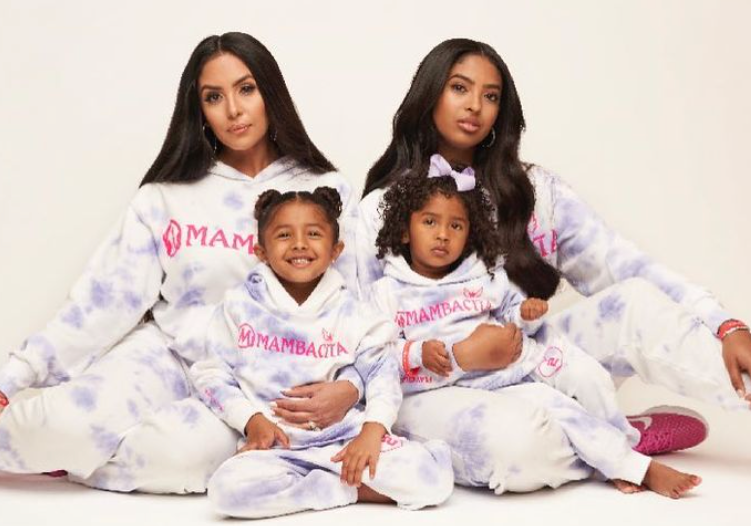 The Mambacita apparel line honoring Vanessa and Kobe Bryant’s late daughter Gianna went on sale on Saturday, May 1st. CNN Business reports that the clothing sold out within a few hours.

“Gianna was kind, energetic, a leader, and had so much MAMBACITA swag,” Vanessa Bryant shared on her Instagram page. “When I thought about who would help me capture her laid back yet girly-edge, I thought of female-owned @DANNIJO.  Two fun-loving sisters running a successful clothing line, they jumped on the opportunity to celebrate Gigi’s birthday with us, completely pro-bono.”

May 1st would have been Gianna’s 15th birthday.

The teen basketball star and NBA Champion Kobe Bryant died in a helicopter crash on January 26, 2020. Seven other people were also killed.

Vanesa Bryant wanted to pay tribute to her daughter through the launch of a clothing line. On Friday, she released a preview of the line.

Mambacita was the name given to Gianna when she was on the basketball court. It’s derived from her father Kobe Bryant’s nickname “Black Mamba.”

By early afternoon on Saturday, all clothing line items were sold out. Fans of all ages were online trying to grab their items in memory of Gianna.

Vanessa Bryant shared that all proceeds from the sale of the Mamabacita line will go to the Mamba and Mambacita Sports Foundation. The organization is dedicated to providing opportunities for underserved athletes and young women in sports.

This year, the nonprofit charity announced its first executive director to expand the legacy of Gianna and Kobe Bryant.

Vanessa Bryant shared the impact of this fundraiser and clothing line in her Instagram post. “Gigi was especially motivated to change the way everyone viewed women in sports, and it’s fitting that this capsule represents her values.”