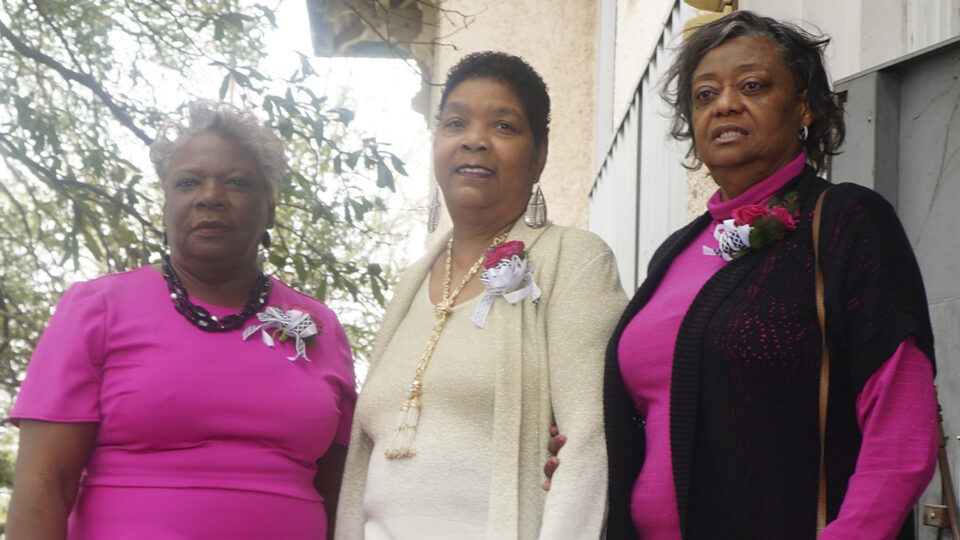 Now 61-years-old, Gail Etienne is recalling the day she and three other 6-year-olds made history by being the first to integrate schools in New Orleans.

“I was just afraid. I didn’t know what was going on and what they were thinking,” Etienne told ABC News. “I just knew I was going to a new school.”

Etienne, along with Leona Tate and Tessie Prevost, helped end school segregation at the all-white McDonogh 19 elementary school on Nov. 14, 1960. Across town, little Ruby Bridges was being escorted into William Frantz Elementary in a moment that became into a historical Norman Rockwell painting.

On Sunday, the New Orleans Four Legacy Project honored the women with a screening of the New Orleans Four and a tribute celebration to commemorate the 60th anniversary that couldn’t be celebrated last year due to the pandemic. Supporters gathered around McDonogh to honor the historic occasion that occurred over half a century ago.

The ceremony included U.S. marshals escorting Etienne, Tate, and Prevost to the school just as they did 61 years before. Three young Black girls walked with them.

“Hopefully it will become a holiday, New Orleans Four. Because very rarely are black girls and black women in the Civil Rights Movement celebrated on the same level as the men,” said Diedra Meredith, the creator and director of New Orleans Four Legacy Project

I just wanted to make sure we raised more awareness about what Black women and Black girls have done.”

The school, which was badly damaged during Hurricane Katrina in 2005, is in the process of being developed into a civil rights museum named after the three little girls who helped to integrate the school, the Tate Etienne Prevost Center.

Tate recalls being in high school when she finally realized the significance of what she helped bring about as a first grader.

“She said, ‘I’m reading a book, and you’re in it.’ And that’s when I started to think about how important what we had done was,” she said.