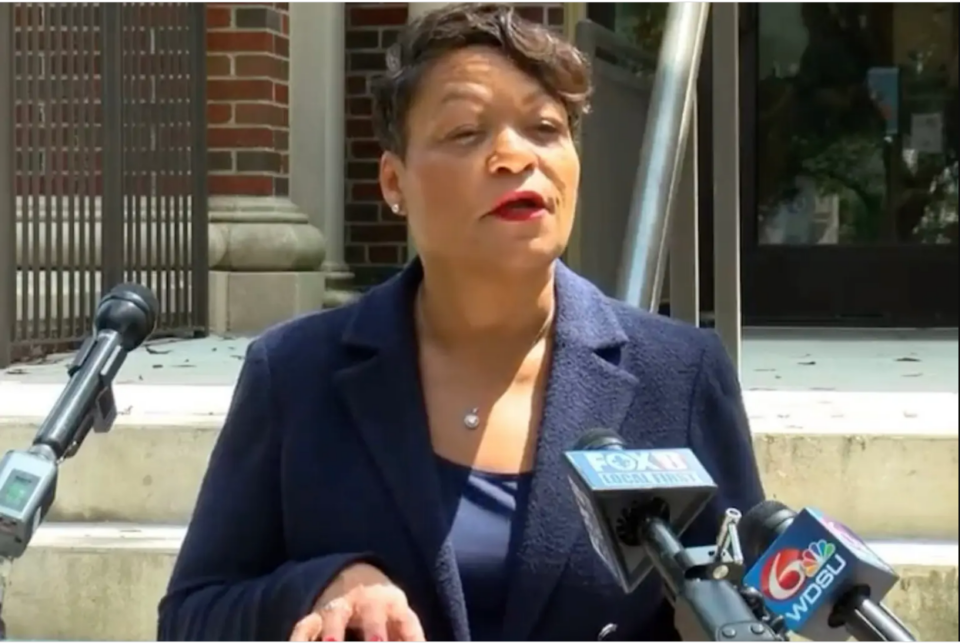 New Orleans Mayor Latoya Cantrell will not reimburse the city for her first-class travel.

At a press conference last week, Cantrell who made history as the first Black woman to become mayor, was asked if she would reimburse the city for the $30,000 she spent on first-class flight tickets.

Cantrell responded that she has no plans to do so.

At yesterday’s press conference, @FOX8NOLA was the only station that asked Mayor LaToya Cantrell about whether or not she will reimburse thousands of dollars to the city for her travel upgrades.

Cantrell previously said she is forced to fly first class because flying coach is not safe for a Black woman and she has a child.

“My travel accommodations are a matter of safety, not of luxury,” Cantrell said in the past according to Nola.com. “As all women know, our health and safety are often disregarded and we are left to navigate alone.

“As the mother of a young child whom I live for, I am going to protect myself by any reasonable means in order to ensure I am there to see her grow into the strong woman I am raising her to be,” she continued. “Anyone who wants to question how I protect myself just doesn’t understand the world Black women walk in.”

In recent months, Cantrell has flown to Switzerland and France for business including signing a partnership agreement with the city of Ascona. During these trips, Cantell’s entourage flew coach. New Orleans has a policy requiring city employees to cover the cost difference for coach flight upgrades.
At the press conference, Cantrell implied that the policy does not apply to her.
“All expenses incurred doing business on behalf of the city of New Orleans will not be reimbursed to the city of New Orleans,” Cantrell told reporters. “One thing is clear; I do my job and I will continue to do it with distinction and integrity every step of the way.
In addition to international flights, Cantrell also flies first class on domestic flights as she spent more than $2000 on a first-class flight in January to attend a conference of mayors meeting in Washington. In March, the Xavier University of Louisiana alum spent another $2,800 in taxpayer funds to fly first class to Miami for a U.S. Conference of Mayors meeting.
New Orleans residents have launched a recall effort against Cantrell due to her trips as well as the city’s rising crime rate. Additionally, the city’s law department is exploring if Cantrell is required to reimburse the city for her flight upgrades.