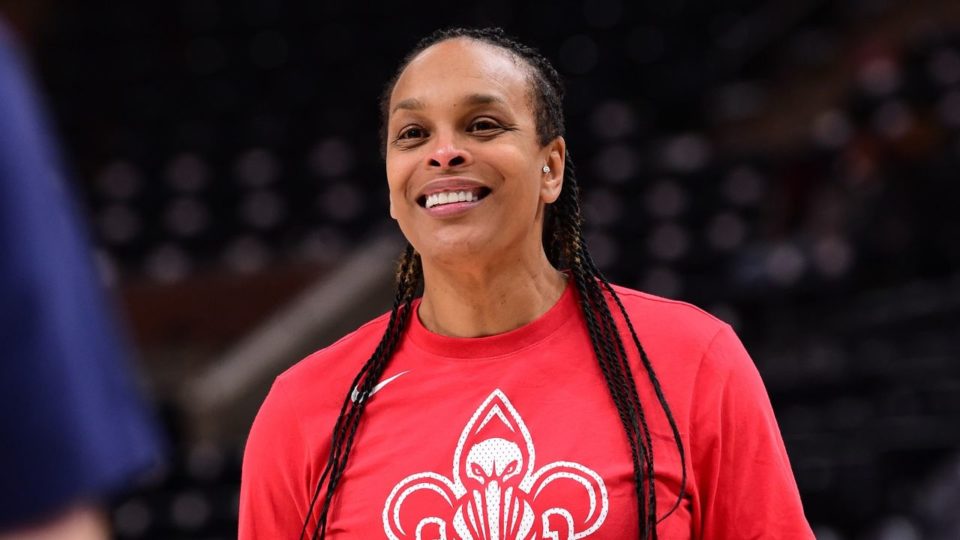 The New Orleans Pelicans have announced that Teresa Weatherspoon has been promoted to assistant coach on  head coach Stan Van Gundy’s staff.

Along with the promotion of Weatherspoon, the team also announced the hiring of Bob Beyer, Casey Hill, and Rex Walters as assistant coaches, as well as Corey Brewer and Beno Udrih as player development coaches. Assistant coach Fred Vinson returns to the team under Van Gundy who was hired as the new head coach on October 22.

“I am excited about our coaching staff,” said Van Gundy in a written statement. “We have a great mix of background, experience, perspective, and expertise. Four of our assistants have been head coaches at the professional or NCAA Division I levels. Five of our coaches played in the NBA or WNBA. Three coaches have institutional knowledge having worked for [executive vice president of basketball operations David] Griff[in], [general manager] Trajan [Langdon], and current Pelicans players, while three others have worked with me and two bring us an entirely new perspective. I am looking forward to working with this staff to maximize the potential of our talented players.”

As reported last year, Weatherspoon was added as an assistant coach and had served as a two-way player development coach.

Weatherspoon was one of the WNBA’s most recognizable players during her storied career. She played seven seasons for the New York Liberty, making five all-star teams. She was inducted into the Naismith Memorial Basketball Hall of Fame last summer. In 2011, fans voted Weatherspoon one of the Top 15 players in WNBA history.

As a player at Louisiana Tech, she led the team to the national championship in 1988 and won the Wade Trophy as the player of the year. She received a gold medal as a member of the Olympic basketball team in 1988. After college, Weatherspoon played overseas in Italy, France, and Russia for eight years before debuting in the newly formed WNBA in 1997. Weatherspoon won the league’s first two defensive player of the year awards. She led the New York Liberty to the first-ever WNBA Finals in 1997 and once again, in 1999.

She returned to her alma mater in 2008 as an assistant coach for the Lady Techsters and was soon elevated to head coach. She compiled a 99-71 record from 2009 to 2014. Weatherspoon had previously spent four seasons as the Liberty’s director of player and franchise development.