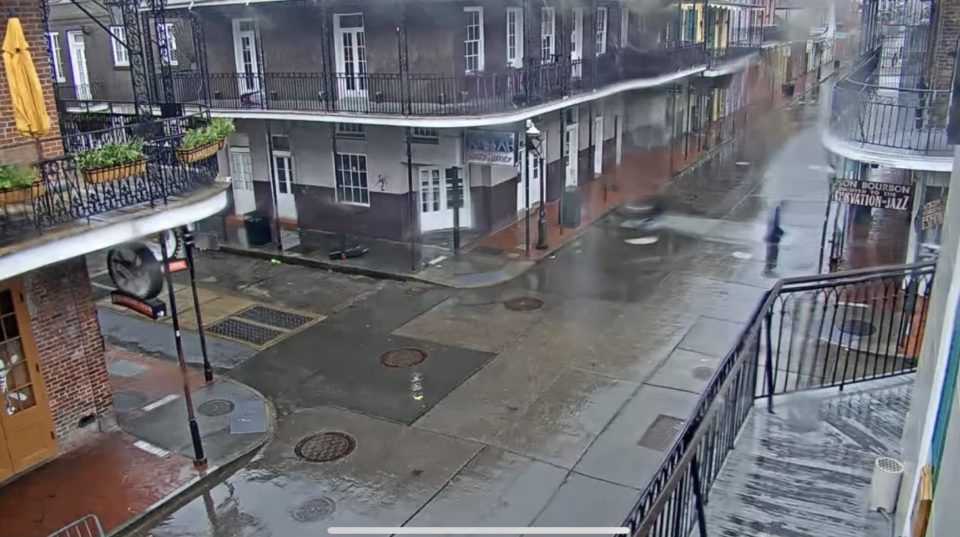 Some 16 years after Hurricane Katrina severely damaged New Orleans, the city was yet again hit with another devastating hurricane—but local police seem to care less about the destruction and more about enforcing anti-looting laws.

As the city remained without power, Shaun Ferguson, the New Orleans Police Department Superintendent, announced plans Sunday evening to deploy “anti-looting” officers throughout the city to deter looting and violence during this time of “unrest.”

The Police Department tweeted, “#NOPD has deployed anti-looting teams across the city in order to protect our citizens’ property as we continue the recovery process,” the department announced. “Looting will NOT be tolerated and encourage everyone to be good neighbors and say something when you see something.”

#NOPD has deployed anti-looting teams across the city in order to protect our citizens' property as we continue the recovery process. Looting will NOT be tolerated and encourage everyone to be good neighbors and say something when you see something. pic.twitter.com/ANoBZk4GTv

The category 4 Hurricane Ida made landfall on Sunday, leaving New Orleans residents without power and resources.

The city has yet to determine the full scope of destruction as a result of the storm leaving people to criticize the move by the department, saying it is not only clear the city has not learned a lesson from Hurricane Katrina—but also sees the move as putting business and money over the well-being of New Orleans citizens.

The 150 mph storm hit Port Fourchon, which is southeast of the state, first. It then pushed up through New Orleans headed toward Mississippi.

Ida uprooted trees, turned over cars, tore roofs from their houses, and even knocked over a huge transmission tower into the Mississippi River.

The collapse of the tower caused widespread power outages for nearly the entire city of New Orleans. Officials are still trying to recover the tower and its power lines, which remain submerged underwater. The outage also knocked out the 911 emergency line.

Hurricane Ida’s death rate is yet to be determined, and damages haven’t been assessed fully.