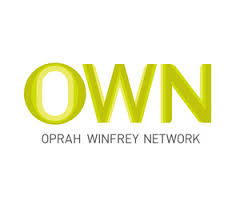 Most people know 90s pop sensation Shanice for her Grammy-nominated hit song, “I Love Your Smileâ€ and comedian and actor Flex Alexander from his hit TV show, “One to One,â€ but few people know this fairytale couple both faced career stumbling block. A docu-series on OWN, “Flex & Shanice,â€ will follow the couple and their extended family all living together under one roof. The celebrities have a long-standing marriage, two kids and a home in suburbia.Â But what this fairytale couple has been hiding from the world is that they have been teetering on the edge of financial ruin for the past five years.Â So, they moved their extended family in to help make ends meet, but nine people under one roof can add just as much stress as it relieves.Â The couple hopes that the reality show and opening up on the who about financial troubles it will teach others how to overcome such challenges.

The show premieres Saturday, November 1 at 10 pm ET/PT. In the series premiere, Flex procrastinates launching his stand-up comedy comeback after more than 20 years. Shanice takes matters into her own hands by booking him a last-minute comedy gig, while also cooking up a scheme to breathe new life into her own career.

For a sneak peak of the series, view the following clips:

Season Sizzle: Flex & Shanice Share the True Meaning of Family on OWN

Shanice and her “Snicker” Have a Love That Lasts