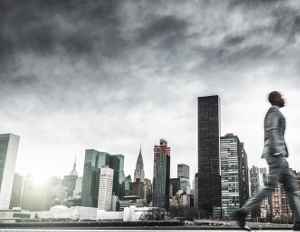 An entrepreneur and co-founder of theÂ Black FoundersÂ has launchedÂ HBCU.vc,Â a new program to teach students at the nation’s black colleges and universities how to become tech investors.

Hadiyah Mujhid, founder and executive director of HBCU.vc, is partnering with several black investors who run some of Silicon Valley’s top venture firms to back the program.

HBCU.vc will focus on training students how to think like investors, providing them the tools to develop startup communities on their campuses.

The program comes as statistics show financing for black tech firms is at dismal levels. Take theÂ #ProjectDiane studyÂ revealing that only 88 startup tech firms were run by black women. They accounted for a measly 4% of the roughly 2,200 tech startups overseen by women.

TheÂ study also showedÂ that funding on average for a black female founder is around $36,000. In contrast, the average failed startup raises $1.3 million; firms the study reported are typically started by white men.Â Other reportsÂ in recent years have shown less than 1% of tech firms with black founders get venture capital financing.

Additionally, observers have noted that entrepreneurship often sparks wealth creation. So the start up of black tech firms can help African Americans build wealth for themselves and their communities.

Mujhid says the timing to start HBCU.vc is perfect. She says HBCU campuses are becoming more aware of the opportunities and benefits of tech entrepreneurship. She noted some schools are ramping up their technology transfer programs to monetize their technology from their research departments.

“Right now, a key piece is access to more funding and mentorship–that’s the gap we’re filling,” she says.

Programs like Black FoundersÂ andÂ NewMeÂ help train and show blacks how to become entrepreneurs, says Mujhid. Yet, after these companies are started they still often face difficulties in obtaining funding when compared to tech companies started by their white peers, she added.

She says HBCU.vc will provide investment dollars to promising startups present in the black community that lack the access and the network to secure funding.

“Our student investment team will be making a direct impact in their own community by helping to fund these startups and gain venture experience at the same time,â€ she explains.

In the program’s initial phase, Mujhid says students help identify startups for potential funding. “Students will work with entrepreneurs to understand their product and needs, and then they will present the deal to our investment partners for funding.”

The program will begin this September. Mujhid says HBCU.vc won’t know which schools it will partner with until after students apply and are selected. Students will primarily be trained virtually for five weeks through video sessions, learningÂ the basics of startup investing.

They will then work with an assigned mentor during the school year to identify and source investment opportunities. Though students will not earn equity in startups funded via HBCU.vc, Mujhid says they will gain real venture experience and put those skills to use on their campuses.

A Dream Team of Investing Mentors

She has lined up a dream team of investors and mentors for students will work with. They includeÂ Charles Hudson, managing partner at (Precursor Ventures);Â Brian Dixon, a partner at Kapor Capital; andÂ Monique Woodard, the first African American venture partner at 500 Startups. All told, HBCU.vc now has 14 mentors with plans to add more.

A software engineer, Mujhid launchedÂ HBCU.vcÂ after helping start Playpen Labs in 2013. The San Francisco-based software and web development firm helps other firms launch products in various industries. She is among four people who started the Black Founders. The national nonprofit group was created in 2011 in San Francisco to boost the number of successful black entrepreneurs in tech.

The HBCU.vc is accepting applications now for students that want to join the program for the fall semester. The deadline for applications is June 1. Only students enrolled at historically black colleges and universities during the 2017-2018 academic year are eligible to apply. Applications are open to all students regardless of their major. Freshman are not eligible.

Applications and more details can be found at the HBCU.vcÂ site.