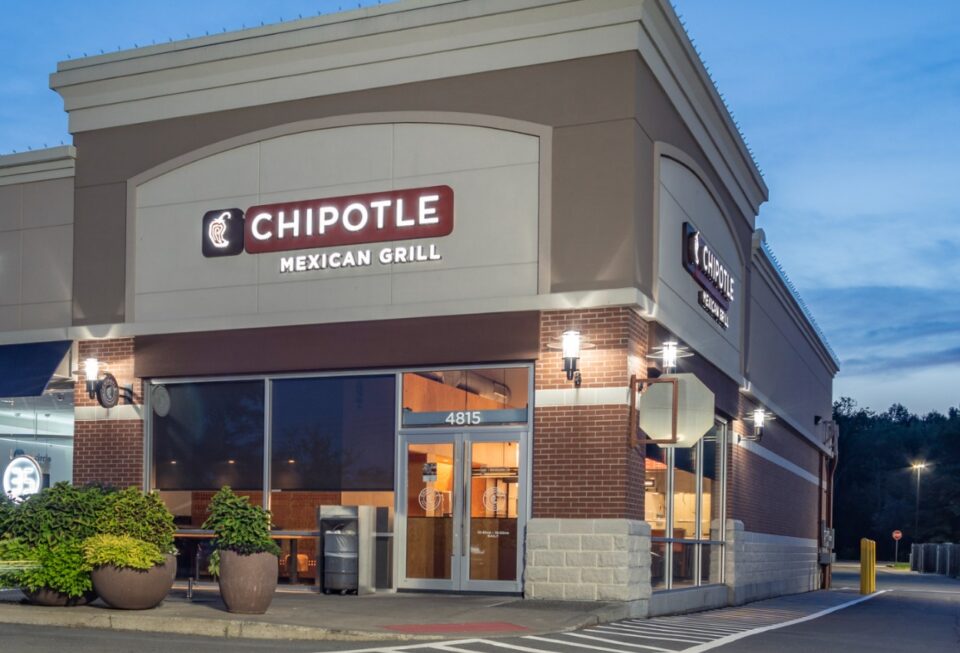 According to the report, Chipotle recruiters contact white applicants regarding significantly more store manager jobs than similarly situated Black applicants. The Equal Rights Center set up a bot to apply for Chipotle management positions across the country that used resumes that would appear similarly well-qualified for the store manager positions while signifying differences in race, then documented employer responses. The ERC sent 624 total applications (312 applicant pairs). Applicants with white sounding names were contacted regarding significantly more job opportunities.

Chipotle’s hiring practices may exacerbate existing racial inequalities within the company. According to Chipotle’s own data from 2020, Black or African American workers make up 19 percent of their hourly restaurant workers nationally, but only 11 percent for salaried store managers, 6 percent for senior field managers and corporate staff, and zero percent of Chipotle’s executive leadership team.

The report findings do not comport with public statements made by Chipotle that the company is committed to ending racial inequity and come a day after New York State Comptroller issued a statement on behalf of the New York State Common Retirement Fund calling on fellow Chipotle Mexican Grill Inc. investors to support the Fund’s shareholder proposal calling for an independent audit of the company’s practices related to civil rights, racial equity, diversity and inclusion and how these affect the company’s business. Civil rights groups and labor leaders have joined workers to demand Chipotle do better.

Chipotle worker Dashea Pringle said, “Unfortunately, I’m not at all surprised by the findings of this report on racial discrimination in hiring at Chipotle. As a Black woman, I’ve felt like there are different rules for me than other workers in my store and like the work isn’t distributed equally. I’ve had few Black coworkers and no Black managers in my store. I want to be a role model for my children and keep fighting for our rights, but it’s hard when it feels like there are unspoken rules about who gets management opportunities at Chipotle.”

Chipotle worker John Larkin said, “Chipotle says that Black Lives Matter to them, but then why am I the only Black worker at my store and why haven’t I ever seen any Black managers since I’ve been working at Chipotle? A few other Black workers started at my store since I’ve been here but left because they didn’t feel welcome. I would love to see more Black workers in leadership at Chipotle. It would make me feel like this company values racial equity.”

32BJ SEIU President Kyle Bragg said, “Black and brown workers have been disproportionately impacted by the COVID-19. Instead of taking meaningful action to address racial and economic inequalities within its company, we have learned that Chipotle is exacerbating those inequities through its hiring practices. Chipotle can and must do better. We stand with Chipotle workers as they fight for racial justice in the workplace.”

Former Chipotle worker and current Fast Food Union Organizer Richard Figueroa said, “I worked at Chipotle through a rat infestation and through this pandemic, but the company fired me for being late to a shift that I repeatedly told them I couldn’t work because I had to take my six-year-old daughter to school. I don’t know if I would have been fired if I wasn’t Black, but I do know that Chipotle didn’t treat me right when they left me jobless just before Christmas. Now, I’m organizing my former coworkers to join a union because I’m a proud Black father to a Black daughter who I want to see grow up without having to deal with racial discrimination at work.”

Amanda Jackson, senior campaign director at Color Of Change said, “Modern industries were built on the exploitation of Black labor and continued hiring practices both reflect and perpetuate vast inequalities. For decades, employers have been able to circumvent federal employment law through racist hiring that continuously shuts out Black talent. The troubling discovery within Chipotle’s business practices is a part of a long line of corrupted corporate behavior that must be eradicated. Color Of Change is committed to demanding equity from corporations who claim to stand with racial justice and will continue to support Black workers in every industry.”