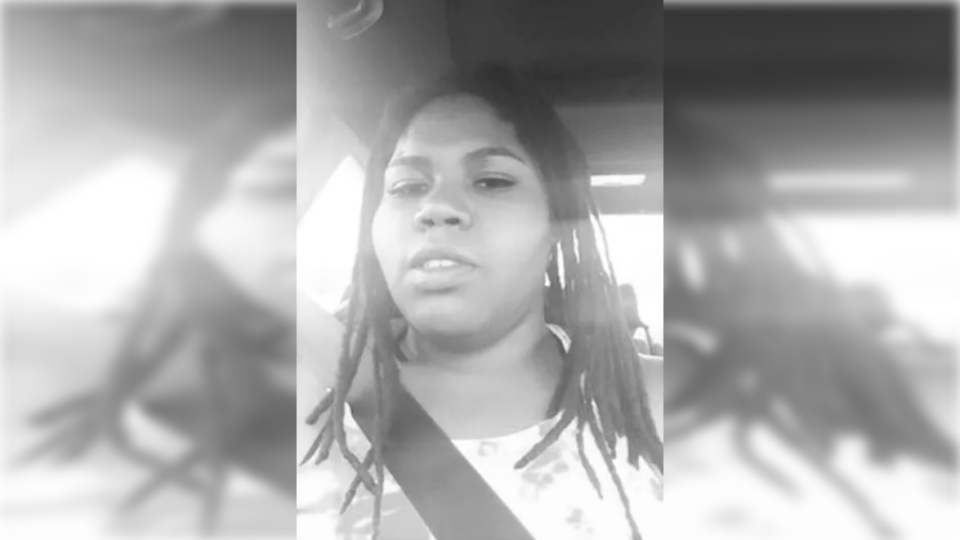 Image via GoFundMe/Donielle Prophete, In Loving Memory of Courtney Edwards

Courtney Edwards, a 34-year-old ground worker at Alabama’s Montgomery Regional Airport, was sucked into the engine of a plane during her shift on December 31.

According to a preliminary report published on Monday by the National Transportation Safety Board (NTSB), the mom of three was killed after passing too close to the running engine of an Envoy Air flight arriving into Montgomery from Dallas.

The report stated the ground crew was alerted the plane would be left running for a two-minute cooldown period and to steer clear of its engines.

Video surveillance captured the moment when Edwards walked toward the rear of the running plane, holding an orange safety cone. Edwards eventually disappeared from view, and was sucked into the engine, killing her shortly after.

A GoFundMe was created by members of the Communication Workers of America (CWA) union.

“Courtney was a Ground Handling agent for Piedmont Airlines, a subsidiary of American Airlines, a loving mother of 3 kids and a wonderful daughter to her beloved mother,” the campaign’s description read.

“Please know that this tragedy has and will affect her mother, family, friends, and kids for years to come,” it continued.

“The news of this terrible tragedy was heartbreaking,” Honeycutt said on the organization’s website. “Courtney was a valued member of her team and our union. She was away from her family working on New Year’s Eve making sure passengers got to where they needed to be for the holidays. She represents the very best of our CWA airport members, who constantly make sacrifices to serve the flying public.”

“Her memory will live on in the hearts and minds of her fellow CWA members and those closest to her,” he added. “Our staff and local leaders are on the ground coordinating with the relevant agencies as the investigation continues. We are doing as much as we can to provide support for her family and loved ones during this most tragic time.”