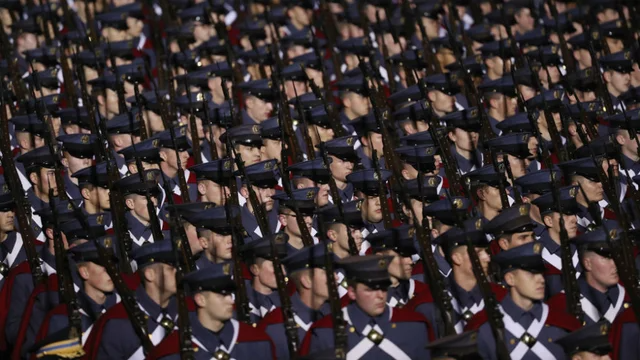 A 145-page state-sanctioned report, authored by an independent law firm and released by the State Council of Higher Education for Virginia, claims “racial slurs and jokes are not uncommon” at Virginia Military Institute (VMI) and “contribute to an atmosphere of hostility toward minorities.”

The Roanoke Times reported that Virginia Gov. Ralph Northam, a 1981 VMI graduate who ordered the investigation, said the findings so far were “very disturbing.”

Northam and legislative leaders called for an independent investigation last October, according to a press release from the governor’s office. Northam, Lieutenant Governor Justin Fairfax, Attorney General Mark Herring and many others issued a collective statement.

“The investigation found that institutional racism and sexism are present, tolerated, and too often left unaddressed,” the statement partially said. “The Commonwealth will study this report carefully and then take appropriate action. VMI would be wise to do so as well. VMI is an agency of state government, and we will hold it accountable.”

“Those who use slurs and who are reported to the administration are at times excused by administrators based on a lack of diversity in the cadets’ upbringing,” the report also stated.

Racial slurs and jokes are not uncommon at VMI, according to the report. However, this is not the first time that VMI’s  ‘culture’ has been questioned.

The report also found that sexual assault is prevalent at VMI, but inadequately addressed. A survey revealed that 14% of female cadets reported being sexually assaulted there, while 63% said that a fellow cadet had told them that they were a victim of sexual assault while a VMI cadet.

Founded in 1839, VMI is the oldest state-supported military college in the United States.

The VMI Board of Visitors said it has received a copy of the review.

“These are serious allegations and are being treated as such,” its statement read. “VMI is not immune to the challenges all colleges face in this area, and there have been incidents on our campus which we have documented and shared as part of this investigation. Let us be clear though, this behavior has never been tolerated and, as an oversight board, we are committed to assuring every action is being taken to maintain a safe and welcoming environment for all at our school. During the time this investigation has been ongoing, VMI has been busy taking action on many of the concerns that were identified earlier last year.”