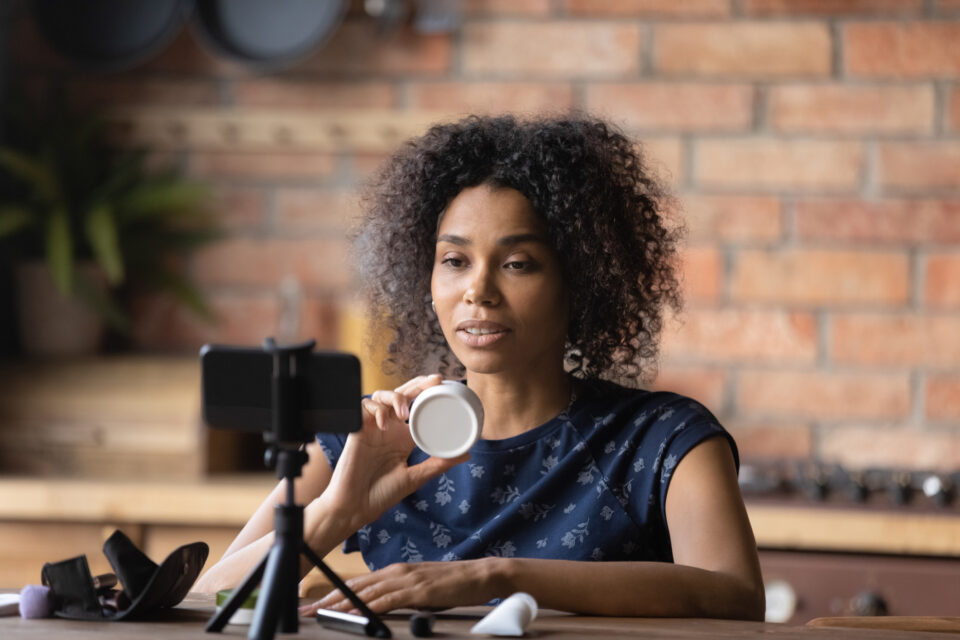 Though they have a huge impact on consumers and followers globally, Black influencers make 35% less in pay than their white counterparts.

That compelling finding comes from a report published by communications firm MSL and educational organization The Influencer League.

The reportedly first-of-its-kind study called the Time to Face the Influencer Pay Gap showed that earning levels also were higher than the 29% pay disparity between white influencers and those who are Black, Indigenous, and people of color.

The new analysis reported by Insider included views of 400 content creators nationwide. Partakers were asked how many followers they had, their annual income, and how much they were offered for brand deals.
“The gap this study uncovered in influencer marketing vastly overshadows the gaps in any other industry,” D’Anthony Jackson, a digital and influencer strategist at MSL, stated.
Based on the U.S. Department of Labor’s 2020 Current Population Survey, the education industry has an 8% gap; the business and financial sector has a 16% gap; in construction, it’s 19%; and in media, sports, and entertainment, it’s 16%.
The study found, too, that 77% of Black content creators were considered nano- and micro-influencers with under 50,000 followers. The average pay from brands in this level was $27,000 per year. Contrarily, macro-influencers—43% of white respondents and 23% of Black respondents—averaged over $100,000 per year.
Some 49% of the Black influencers in the study reported they felt their race played a part in being low-balled. And 59% of them said that posting about race negatively impacted them financially. The report disclosed that only 14% of white influencers responded they felt this impact.
Asked what one action could help eliminate the influencer pay gap between white creators and people of color, 92% of respondents responded: industrywide pay transparency.

Over the last two years, Black creators have reported experiencing racist jokes, microaggressions, and tokenism from others in the industry. In August, Insider reported that TikTok creators felt the platform’s algorithm fostered a “consistent undertone of anti-Blackness” by “censoring” their content.

Creators are fighting back. In July 2020, Adesuwa Ajayi created the Instagram account @influencerpaygap, which grew to over 60,000 followers. Insider reported. She told the media outlet previously she wanted to set the page up to showcase the inequality in the influencer space. The transparency quickly made the account a must-follow for people of color in the influencer industry, and Ajayi said many people began sending her information about their brand deals to share anonymously.

“Hopefully, we get to a point where brands can be held accountable,” she said.