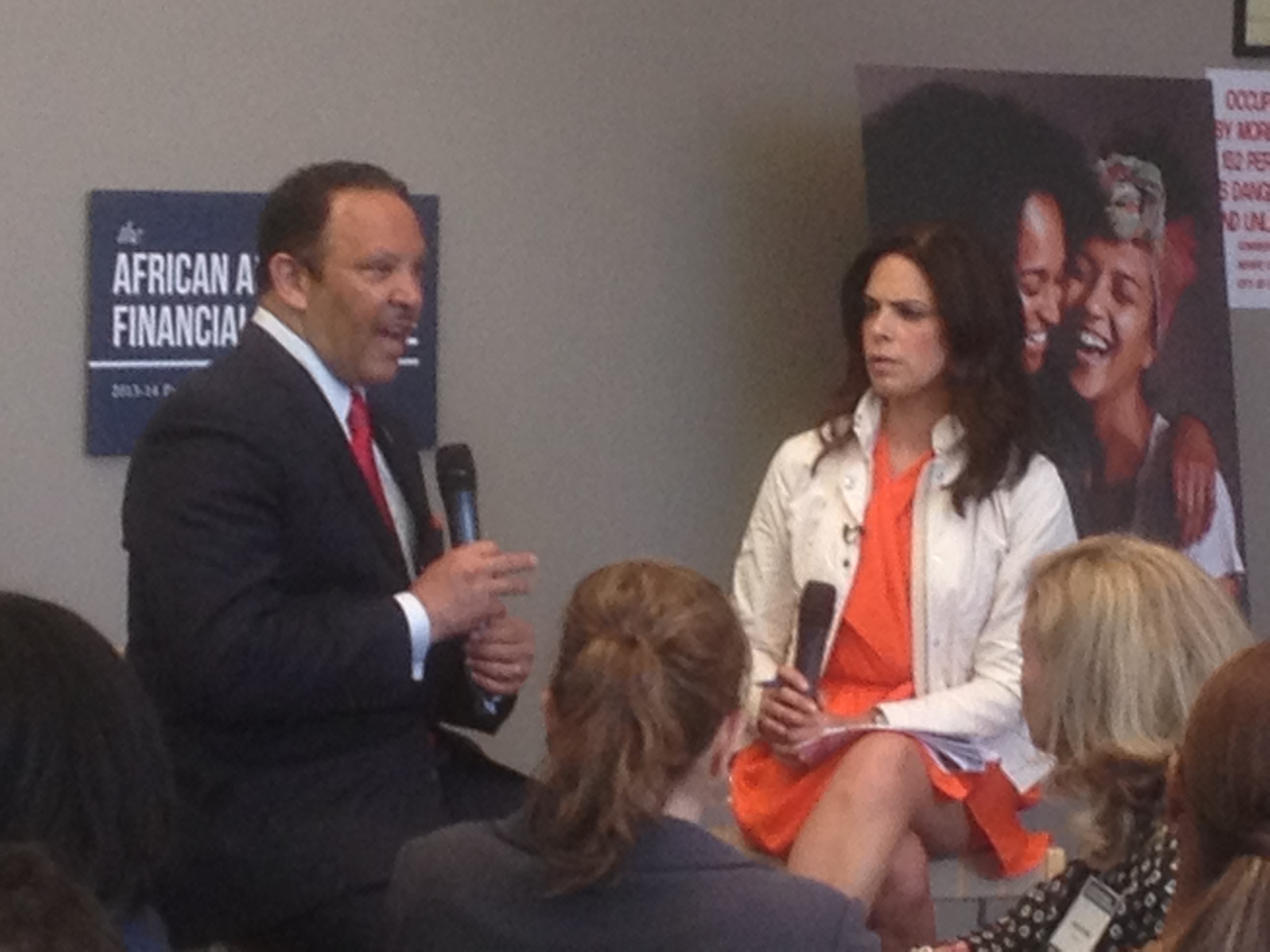 The 2013-2014 African American Financial Experience study is out. Commissioned by Prudential Financial, this is the second bi-annual study measuring financial attitudes and trends in the African American community, and is part of a series of signature research by the company examining financial trends in America’s multicultural communities. The survey was released to media on May 21, 2013, accompanied by a panel discussion of survey findings with National Urban League CEO Marc Morial; Journalist, Author and Financial Education Advocate Valerie Coleman Morris and Prudential Vice President Richard Michael Davis, followed by a luncheon and “fireside chat” with Morial conducted by CNN Special Correspondent Soledad O’Brien, held at the headquarters of Scholastic Inc. in New York City.

The study is based on a March 2013 poll of 1,153 Americans who identify as African American or Black and 471 general population Americans on a broad range of financial topics. Respondents are ages 25 to 70 with a household income of at least $25,000 and some involvement in household financial decisions. The median income of those surveyed was $68,000.

Some of the more interesting results from the survey:

Half of African Americans surveyed say they believe working with an advisor would help them make better financial decisions. However, only 19 percent say they have a financial advisor.

The population of middle-class and affluent African Americans continues to grow, with 40 percent of those surveyed reporting household incomes of at least $75,000 and 25 percent reporting six-figure incomes.

Despite feelings that the U.S. economic downturn has not ended, half of African Americans feel better off financially now than a year ago. Overall, African Americans remain significantly more confident about their financial situation than the general population.

Eighty percent of the African Americans surveyed eligible to contribute to an employer retirement plan are doing so. The downside: Many continue to contribute less than their employer match or take loans from their plan. A major barrier to maximizing participation is lack of education about how these plans work.

According to Prudential’s Financial Confidence Index, despite both historic and current economic disparities experienced by African Americans, and strong sentiment that the economy hasn’t fully recovered, Black people remain more confident than the general population about their future household finances and our economy as a whole. The most confident:

Homeowners are more confident than renters, as are those who are college educated and those making at least $75,000 a year.

For more details on the results of the African American Financial Experience Study, go to http://www.prudential.com/media/managed/aa/aafacingthechallenge.shtml