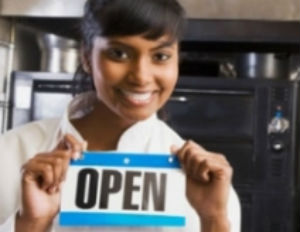 Up until recently women have been starting businesses at a higher rate than men for the last 20 years. The share of new businesses started by women fell last year to its second lowest level in nearly two decades, a sign that the entrepreneurial gender gap widened last year, according to an annual index of startup activity that will be released later this month by the Ewing Marion Kauffman Foundation, a Kansas City, Missouri, nonprofit, reports the Wall Street Journal.

The drop in startup activity has been particularly sharp among young women. For example, the average number of businesses started by U.S. women ages 20 to 34 fell nearly 27% since 1996, according to the Kauffman data. Startup activity by men under age 35 fell just 3% during this same period. Among those ages 35 to 44, startup activity fell 20% for women since 1996, while it rose 16% for men in that age group.