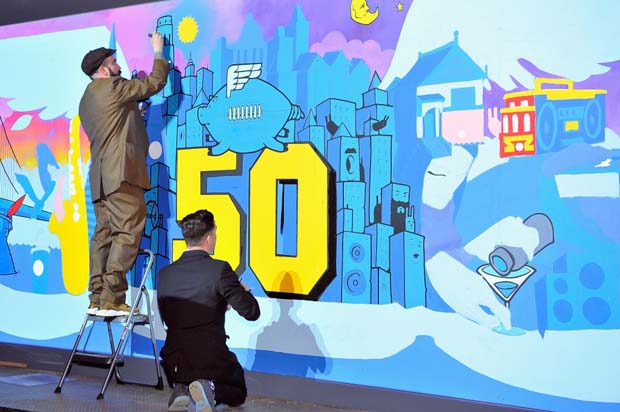 New York City is launching a $25 million program to provide funding for artists for public works and to support artists who have been negatively impacted by the coronavirus pandemic.

The City Artist Corps will pay artists, musicians, and performers to create public works across the city. That includes performances, pop-up shows, stand up comedy shows, graffiti murals, and other community art projects. According to Hyper Allergic, the program is slated to create jobs for more than 1,500 artists in the city, a fraction of the more than 50,000 that reside in the five boroughs.

New York City Mayor Bill de Blasio said the program drew inspiration from President Franklin Roosevelt’s Federal Art Project, which was part of his New Deal to bring the U.S. out of the Great Depression.

“We’re going to take inspiration from that model and bring it to today,” de Blasio said according to Hyper Allergic. “The City Artist Corp is going to employ artists as part of the comeback of New York City.”

The city’s arts and entertainment scenes are renowned across the world, but the pandemic shut it down almost overnight. Everything from plays off and on Broadway, to jazz clubs, stand-up venues, art galleries, and other venues closed.

According to the City Comptroller’s Office, employment in the arts, entertainment, and recreation employment declined by 66% from 2019 due to the pandemic. Because many artists in the city don’t have full-time jobs and aren’t used to being paid on a bi-weekly basis the pandemic crushed the industry.

New York’s Cultural Affairs Commissioner, Gonzalo Casals, told the New York Times the program will ensure New York City’s performers, comedians, poets, writers, and others are not left out of the recovery.

“We want to make sure that we put funds in the pocket of artists,” Casals said in an interview. “Artists have been one of the hardest-hit populations. They have so much to offer and so much to give.”