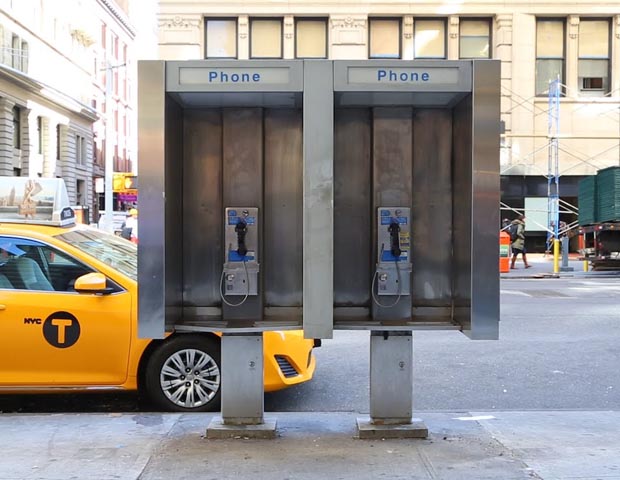 According to reports, New York City is turning an old-school relic into a modern-day convenience. This month, the city will begin replacing thousands of pay phones with free Wi-Fi hot spots and expects to have 500 hot spots installed by July.

The plan is that eventually about 7,500 phone booth units will be replaced.

The hot spots will feature electronic screens to display advertising and an Android tablet will be available to be used for free phone calls or surfing the Web.

The project, which is called LinkNYC, is run by CityBridge, a joint venture of three tech companies: smartphone chip maker Qualcomm Inc., networking company CIVIQ Smartscapes and Intersection. According to reports, CityBridge says it is investing more than $200 million in the project.

CityBridge is promising faster Wi-Fi speeds than when cities have previously attempted to offer free Wi-Fi, saying it will deliver 1,000 megabits a second. This is almost 100 times typical speeds provided by wireless carriers. Devices will connect automatically after a user signs in the first time.

There are a few challenges however. Though free Wi-Fi might help carriers by taking some strain off their overloaded networks, there’s a coverage issue due to the city’s skyscrapers.

Also, cable companies, such as Comcast Corp., have already been offering their customers public access points for Wi-Fi already covered in the home broadband plans they are billed for.

“This is creating all kinds of competition,â€ Colin O’Donnell, CityBridge’s chief technology officer, told the Wall Street Journal. “This is going to set a new standard for speed, drive pricing competition, and set new expectations for data caps.

We “view this as a complimentary service,â€ an AT&T spokesman told WSJ.

How will CityBridge make money from the project? Via advertising on billboards. In a 12-year contract, it will pay New York City $500 million or a 50% revenue share–whichever is greater.

Children of Color Are Gifted, Too