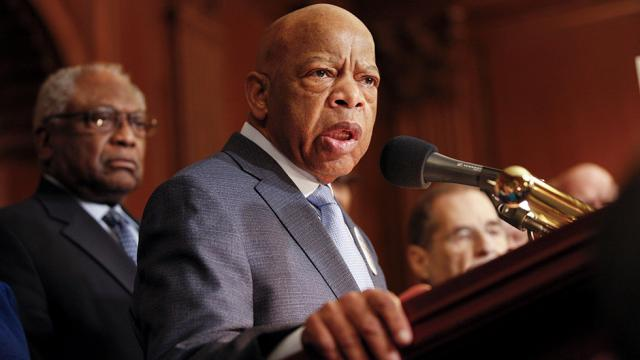 NBC New York reports the bill, named after the late civil rights activist, makes New York one of the first states to reestablish a version of a process known as “preclearance” that was gutted by the Supreme Court in 2013.

Under the Federal Voting Rights Act of 1965, states and counties with a history of suppressing Black voters had to seek approval from the Justice Department before changing voting rules. In 2013, the high court ended the practice saying federal oversight was no longer needed.

However, that proved to be untrue as multiple Republican-led states enacted new rules around voting to tip the scales in their favor.

“We’re going to change our election laws so we no longer hurt minority communities,” Hochul said at a bill signing ceremony at Medgar Evers College in Brooklyn.

“I’m so proud to be here to sign this landmark legislation. No state in the nation has stood up with the courage and conviction and the power we have by protecting these important rights.”

The law will also expand language assistance for voters who do not speak English as their first language and will also provide legal tools to fight discriminatory voting provisions.

State Democrats applauded the effort but added more laws like it are needed across the country.

“Throughout our history, American heroes like John R. Lewis put their lives on the line to secure and defend our rights—not just their own, but yours and mine as well. They didn’t do this because our country was perfect, but because it was imperfect. They saw a future where all voters and all voices count. That torch has now been passed to us, and this is why I’m so proud to have sponsored the John R. Lewis Voting Rights Act of New York,” Sen. Zellnor Myrie said.