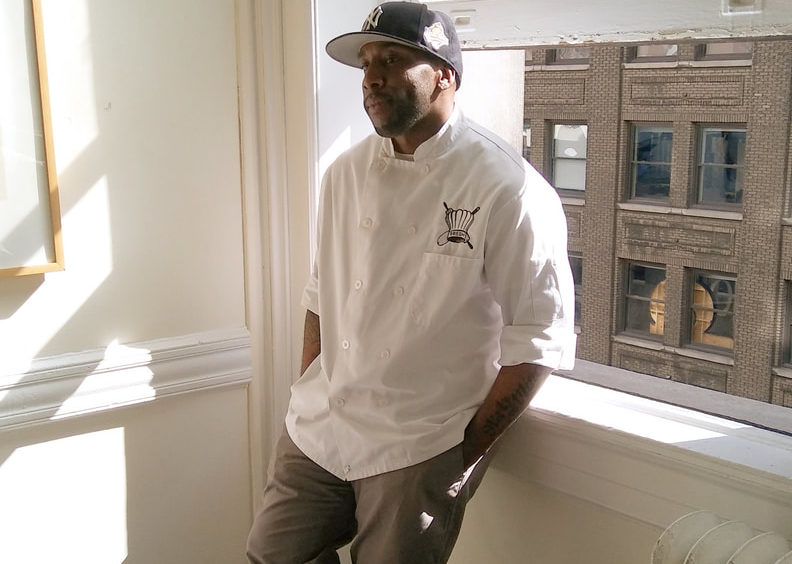 You can turn your life around. Look at Antwoin Gutierrez, also known as the Chef Fresh. This former drug dealer now runs a very successful business in New York City, according to The New York Post.

Gutierrez is a successful legal entrepreneur. After three stints in prison, he now operates his own bakery shop, Fresh Taste in the borough of Queens, New York. After doing time in prison for drug dealing and robbery, it looks like his prison tour may be over.

“If I could tell teenage me that I’d be baking the dopest cupcakes, I would’ve said you’re crazy, ” Gutierrez, 33, told The New York Post. “But I still have that hustler spirit.”

According to a bio on his website, Gutierrez has transformed his life to be a more productive citizen since leaving prison in 2011. As a trainee at the Doe Fund–a non-profit that aims to break the cycle of homelessness and criminal recidivism–he discovered his natural talent for baking at age 25.

He was hired after two years by the Doe Fund as a full-time employee and became the organization’s youngest culinary instructor by age 27. After leaving prison, a more mature Gutierrez decided to transform the natural skills he developed on the streets and apply them to more legitimate ventures. His second chance provided the inspiration he needed to become a great role model for his 12-year-old son.

When Gutierrez joined the Doe Fund in 2011, he thought about going to earn his commercial driver’s license. Luckily for him, the food-services head took Gutierrez under his wing and taught him the culinary skills necessary to help him become a success.

“He didn’t just give me a recipe,” Gutierrez said. “He showed me how to make it, and it was similar to what I was doing when cooking crack. It was all about mixing things and the different reactions you get with chemistry. Something just clicked.”

In 2016, Gutierrez became an entrepreneur, launching Fresh Taste Bakery. He sells about 500 treats a day, which include carrot-cake cookies and alcohol-infused cupcakes.