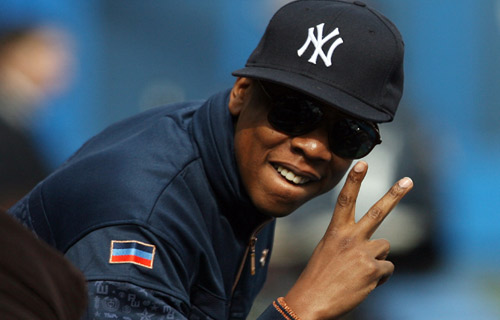 NEW YORK YANKEES APPAREL: As a native New Yorker, Jay-Z has long been a supporter of the hometown Yankees, sporting the MLB teamâ€™s baseball cap in countless photos. On his 1999 single, â€œDo It Again (Put Ya Hands Up),â€ he famously rhymes, â€œHat cocked can't see his eyes, who could it be?/With that new blue Yankee on, who but me?â€ Jay-Zâ€™s continued support of the Bronx Bombers may have inspired more hip-hop fans to reach for a Yankees fitted, with apparel maker New Era stating that sales had risen 20% each year leading into 1999, but more than likely the sports teamâ€™s brand was catapulted by their 27 World Series Pennants, including one in 2000. However, last year Jay-Z did help move some of their products when he announced limited edition co-branded merchandise for sale at Yankee Stadium, including a special All-Black Everything Yankees baseball cap via New Era, which featured design nods to his The Blueprint 3 album and a $50 price tag. 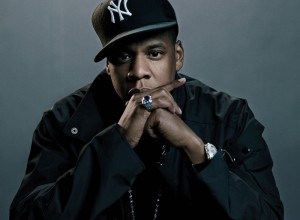 New York Post columnist Phil Mushnick continues to stand by his racially volatile remarks about Jay-Z and the Brooklyn Nets. In a piece published in Friday’s paper, Mushnick criticized the team’s uniform and new black and white logo, among other things. He wrote:

As long as the Nets are allowing Jay-Z to call their marketing shots–what a shock that he chose black and white as the new team colors to stress, as the Nets explained, their new Â “urbanâ€ home–why not have him apply the full Jay-Z treatment?

Why the Brooklyn Nets when they can be the New York Ni—-s? The cheerleaders could be the Brooklyn B—hes or Hoes. Team logo? A 9 mm with hollow-tip shell casings strewn beneath. Wanna be Jay-Z hip? Then go all the way!

The Nets issued a statement about the incident. “We find the story offensive and inappropriate, and it doesn’t deserve further comment,â€ said the NBA team.

The Village Voice reports that, in a defensive email to the Post‘s “Bob’s Blitzâ€ blog, he wrote “Jay-Z profits from the worst and most sustaining self-enslaving stereotypes of black-American culture and I’M the racist?â€