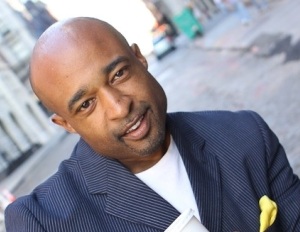 Political fundraiserÂ Mike Muse has been named The New York Urban League’s first-ever “Mr. Classic.” Muse, who is also a music executive, radio host on SiriusXM Shade 45, and CEO of Muse Recordings, will work to further advance the mission of the NYUL as its prepares for its annual Football Classic between Howard University (HU) and Morgan State University (MSU). The popular game, which is in its 42nd year, will take place at MetLife Stadium on Saturday, Sept. 20, 2014.

“Mike Muse has carved out a modern intersection of politics and pop culture connecting youth and millennials through his work with President Obama, Senator Cory Booker, Mayor Bloomberg, and Mayor De Blasio among others,” says Arva R. Rice, NYUL president and Â CEO. “He is the perfect person to represent Mr. Classic and communicate the heritage, traditions and importance of the Classic between generations.”

Mike Muse recently unveiled Civil Rights 2.0 (a platform to engage young people in the political process) at a reception hosted by noted philanthropist and businesswoman Loida Lewis, the widow of TLC Beatrice founder and CEO, Reginald F. Lewis. Twenty-five of New York City’s most powerful young women in philanthropy, music, fashion, STEM, and the arts were present for the presentation. The women, all leaders in their respective fields, hold executive positions with top brands and institutions such as News Corp, Estee Lauder, Metropolitan Museum of Art, Epic Records, Essence magazine, and Al Jazeera America among others.

A second event is being planned with 25 of New York City’s most powerful young men, followed by cultivation events for young professionals as a lead up to the big game.

Muse will lead the NYUL’s fresh take on youth activism, further confirming its relevance as a much needed and modern civil rights organization.