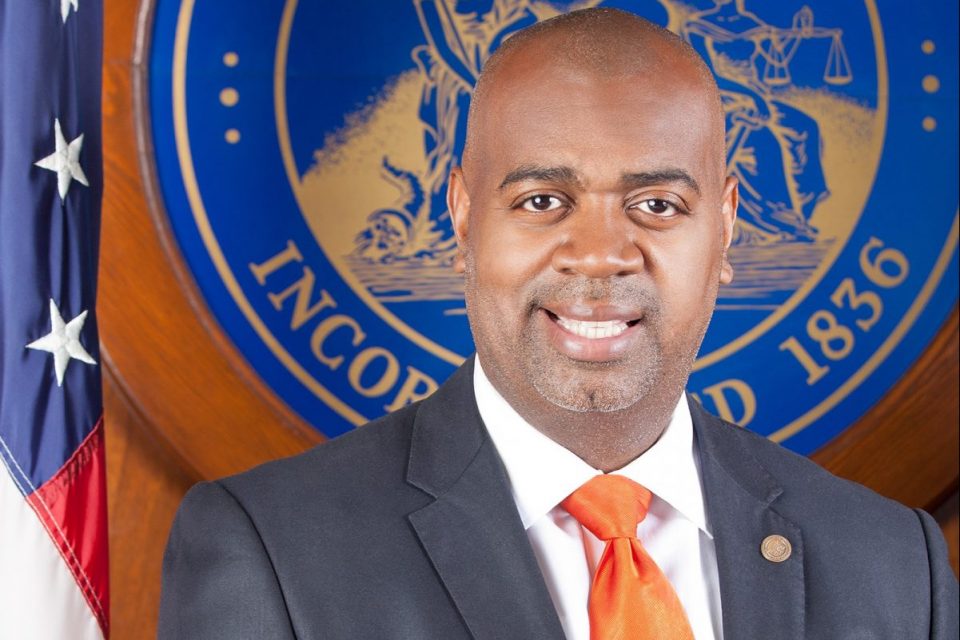 The COVID-19 pandemic has reshaped many U.S cities due to the economic fallout caused by the viral outbreak. The city of Newark, New Jersey, is moving to initiate a plan to help the Black and Latinx businesses in the wake of the public health crisis.

This week, Mayor Ras J. Baraka announced the launch of the “NWK FAM” or “Newark 40 Acres and a Mule” fund to reduce socio-economic inequalities stemming from systemic racism by investing in the city’s Black and Latinx business community.

“African American and Latin businesses [tend to] have great proprietary products and services but have [difficulties trying to] access large-scale contracts,” says Bernel Hall, president and CEO of Invest Newark, in an interview with BLACK ENTERPRISE.

“When they do get access to larger-scale contracts that allow them to grow, [they then have to face] problems to gain access to the capital necessary for them to [expand],” Hall adds. “What [Mayor Ras Baraka] has done as part of his equitable economic growth strategies is really create a virtual cycle of economic empowerment, which allows these businesses to get access to both government and private sector capital through a number of programs that [can] really facilitate that type of good business-to-business work, but also getting access to the type of capital that they [need].”

The goal is to use the money raised toward established resources for small businesses, affordable housing, and other programs to reduce health and wealth disparities within the city. The fund was established in partnership with Invest Newark and New Jersey Community Capital to raise $100 million in capital to attract investors to the ambitious project.

“We’ve had a long history in investing in Newark,”  Wayne Meyer, president of New Jersey Community Capital, tells BLACK ENTERPRISE. “We’ve invested in over $700 million projects in Newark that have created…thousands of housing units and thousands of jobs and billions of square feet of commercial real estate facilities”

“We think that what the mayor is trying to do here is really level the playing field for Black and brown businesses and their ability to not only access support services that they need. You know, there’s a wide body of research out there that suggests [there] are really structural challenges that really undermine the economic viability of black and Brown businesses,” Meyer added.

One of the barriers, according to Meyer is “limited access to capital.” The newly established fund plans to raise capital through both charitable contributions and investments through financial institutions and corporate partners. So far, the fund has raised $2 million in capital and has landed AT&T as one of its first corporate partners.

This coincides with Mayor Baraka’s plans to bring more investment to the city of Newark after announcing is $100 million refinancing plan with investment bonds in August.

“The development of Newark…has not [stopped] during the [COVID-19] pandemic and is still growing,” Mayor Baraka tells BLACK ENTERPRISE. “There is interest particularly because the market is outside of the city of Newark…is really saturated. And it gives…folks the opportunity to come in and do some fresh development, work on some new and innovative [work], and, at the same time, do well and do good. It gives [investors] an opportunity to continue to invest in the city, but also be able to invest in projects that matter, projects that will have a deep impact [on] the economy on Black and brown communities.”