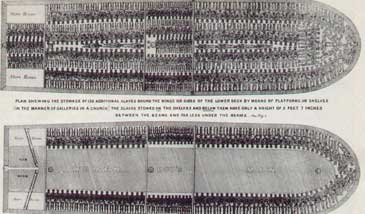 The U.S. Senate Thursday unanimously adopted a resolution apologizing for slavery, and sent the resolution to the House for passage.

The nonbinding resolution “apologizes to African-Americans on behalf of the people of the United States for the wrongs committed against them and their ancestors who suffered under slavery and Jim Crow laws.â€

Sen. Tom Harkin, D-Iowa, the chief sponsor of the resolution said “A national apology by the representative body of the people is a necessary collective response to a past collective injustice. So it is both appropriate and imperative that Congress fulfill its moral obligation and officially apologize for slavery and Jim Crow laws.â€

However, a disclaimer regarding reparations has drawn criticism from members of the Congressional Black Caucus.

The Miami Herald reports that after the resolution passed, Sen. Roland Burris, D-Illinois, the only African American member of the Senate, said on the Senate floor, “I want to go on record making sure that that disclaimer in no way would eliminate future actions that may be brought before this body that may deal with reparations.”

Lawmakers plan a signing and apology ceremony and in the Capital Rotunda in July.

Thursday night, the Senate also unanimously passed a resolution recognizing the 143rd anniversary of Juneteenth on June 19.Â  Juneteenth commemorates the day on which slavery came to an end in 1865.