Newsweek: By 2020, Robots Will Run For President 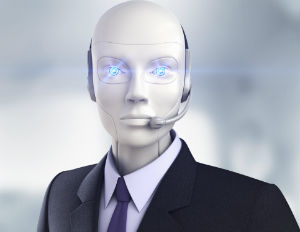 An article in NewsweekÂ makes the case for why in the year 2020, robots will most likely be among presidential candidates.

The assertion is from Zoltan Istvan, a presidential candidate running with the Transhumanist Party. The Hungarian-born philosopher said to Newsweek, “I think in 2020 you will see a field emerge with competing AI robots for president, who want to debate and discuss policy. It’s unlikely any of them will be sophisticated enough to take on the job, but I do believe by 2028 robots may be suitable for political office–including the presidency.â€

Istvan said that the biggest issue with humans running for office is selfishness. He contends continuing advancements in the field of artificial intelligence will mean a machine running for political office in the not-too-distance future.

While such speculation may sound far-fetched, a group of scientists recently held a conference on the various ways robots and artificial intelligence are destined to replace human labor and efforts.

At its annual meeting, the American Association for the Advancement of Science, a panel of experts predicted that intelligent and semi-intelligent autonomous systems–such as self-driving cars and autonomous drones–”will march into our society” in the next two to three years, with driving expected to be fully automated in 25 years.

Driver jobs will become obsolete in much the same way the automation of manufacturing made many factory jobs obsolete.

The panel also discussed the very real probability of extreme job polarization. Many skill-jobs are too complex to be handled by machines and many low-skilled jobs are too expensive to automate. Therefore, most of the jobs at the middle level will be the ones to continue to get replaced with machines.

Some on the panel discussed the need to strike a balance between technological progress and human welfare.

Wendell Wallach, an ethicist with Yale University’s Interdisciplinary Center for Bioethics and the Hastings Center, urged the “need for concerted action to keep technology a good servant and not let it become a dangerous master.”