How The NFL Is Tackling Homophobia 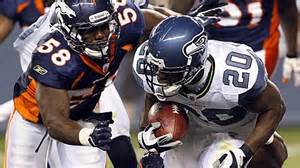 Active NFL players taking a stand and coming out of the closet is a hot-button issue that raises questions about homophobia in the NFL. Although a number of NFL players have identified themselves as gay after retirement, there is no active player on the field to come out publicly. Wade Davis, a former NFL player, openly gay male, and executive director of the You Can Play project, recently addressed the issue in The Advocate.

After spending the 2001 preseason with the NFL’s Seattle Seahawks, Davis played the 2002 regular season in the NFL Europe with the Barcelona Dragons. He then participated in training camps and the preseason with the Tennessee Titans in 2002 and Washington Redskins in 2003 before retiring due to injury.

In his op-ed column, Davis states that the NFL has been listening and understands the power it has to shift and shape culture. Over the past few years, the NFL has been in conversation with multiple LGBT organizations such as You Can Play; GLAAD; Athlete Ally; and the Gay, LesbianÂ & Straight Education Network to discuss various ways it can enhance its existing policies around issues of diversity and inclusion to ensure that any gay athlete knows the NFL family will treat him with respect regardless of his sexual orientation.

Davis also acknowledges that beyond the NFL’s outreach through community engagement projects such as the High Five Initiative, the sports league has always been intentional about making football accessible to all youth interested in learning how to play the game the right way. So it was no surprise, he said, when the NFL agreed to collaborate with the YOU Belong initiative for its second annual LGBT and Straight Allied Youth Sports and Leadership camp, March 7-9. The camp offers youth ages 14-21 the chance to learn from professional athletes about academic, athletic, and leadership excellence in various sports. This year’s camp, held in the New Jersey area, is all about football.

He went on to write that the NFL will ensure the youth learn the fundamentals of the game and will also facilitate a player-led workshops on leadership. In addition to the football instruction, there are workshops on social justice, health and wellness, and combating bullying.

Davis further noted that new familial bonds between the LGBT and the NFL communities are being created as new levels of understanding continue to be fostered.