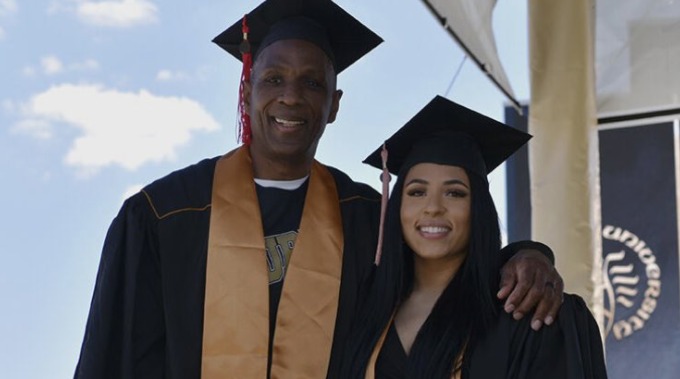 ESPN reported that Super Bowl champion Keena Turner, and his daughter Ella, both graduated from Purdue University on May 15, 2021.

Education still matters a great deal to 62-year-old Keena Turner. Earning four Super Bowl rings simply was not enough to leave his dream of completing a memorable academic goal. ESPN reported that the four-time Super Bowl champion and his daughter, Ella both graduated from Purdue University on May 15, 2021. They walked side by side into Ross-Ade Stadium,  in West Lafayette, Ind. Turner return to college at Purdue over 40 years after departing Purdue to pursue an opportunity with the NFL, according to ESPN.

Purdue Athletics explained that in 1976, Turner came to Purdue to play football. He also earned first-team All-Big Ten honors as a junior and senior while leading the “Junk Defense,” during one of the best stretches in program history, according to Purdue Athletics. When the San Francisco 49ers selected the football player in the second round of the 1980 NFL Draft, it left the student-athlete a mere handful of credits shy of graduation. Purdue Athletics also said that Turner initially took advantage of a partnership between the 49ers and the University of San Francisco to finish his degree program and earn his diploma. However, he still desired one from Purdue.

“As a linebacker for the San Francisco 49ers from 1980 to 1990, Turner was an integral part of the dynastic Niners. All he’s ever known is the highest level of achievement, and he was determined to apply it to his return to college at the age of 60,” ESPN said.

ESPN also reported that Turner needed two classes which could be completed virtually to earn his degree in organizational leadership.

“When he learned he could graduate with Ella, who enrolled in 2017, the opportunity was too good to pass up,” ESPN explained.

Turner balanced work obligations with academic endeavors. However, his perseverance prevailed. The 49ers’ website said that Turner is in his 24th season working in the front office of the 49ers. Also, Turner is in his third year as vice president and senior advisor to the general manager.

Despite his achieving public accolades and employment success, Turner is passing on a legacy of hitting the books.

“So proud of you on OUR special day. You will always be my baby girl! ❤️ @ Purdue University,” Turner tweeted, referring to his daughter.