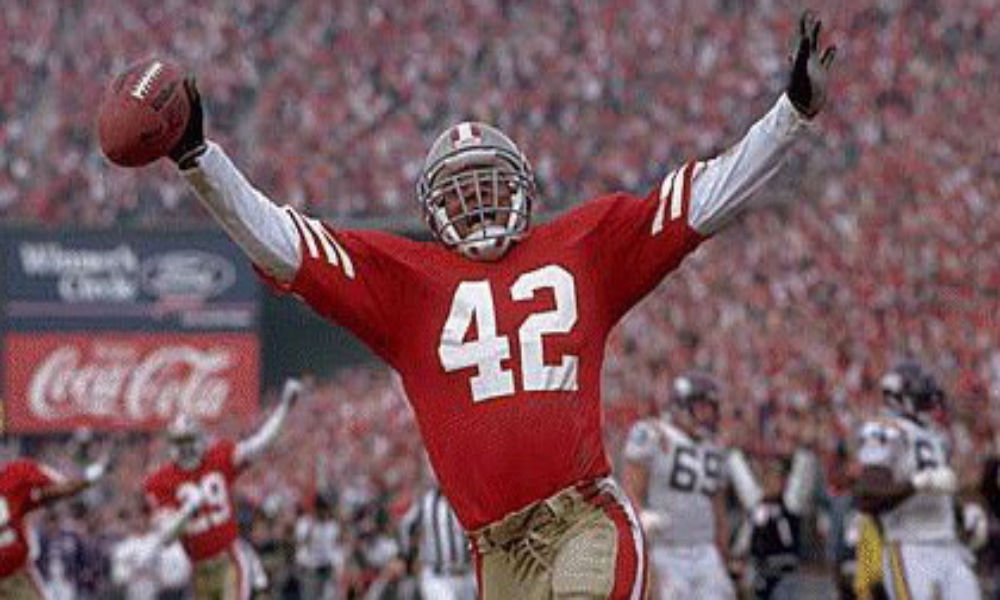 In 1989, NFL Hall of Famer, Ronnie Lott, hosted a group of friends for dinner with the goal of garnering support for his Bay Area community. By the end of the night the football legend–considered to this day to be one of the best safety’s to ever play the game –raised $100,000, which he distributed to several nonprofits trying to fight poverty in the South Bay.

The San Francisco 49ers legend, who already had a deep understanding of the power of money, having to learn how to use the earnings he made in his 14 season career as a foundation for financial security for life,Â  then serving as an analyst for NFL Fox Sunday, and creating venture capital fund HRJ Capital with former teammates Joe MontanaÂ and Harris Barton, soon realized what he considers one of his most important financial lessons: Money can mean freedom.

“When you have freedom you have the opportunity to look at and do a lot of different things,â€ Lott tells BE.

In order to have financial freedom however, Lott, who also owns Toyota and Mercedes Benz dealerships, says ‘the’ most important lesson he’s learned from friends, family, and life’s experience, is that you have to save, even during tough times.

Lott, who once told me he had to learn what he could do “through football, not just on the field, also helps others, such as former NFL defensive end Justin Tuck, and wife Lauren’s R.U.S.H. For Literacy Foundation, make money work in ways that are dear to their hearts through his All Stars Helping Kids Foundation, which helps small nonprofits improve effectiveness, through grants, mentoring, and connecting them to people and organizations that can help advance their causes.

Watch the video and hear Lott, who titled his autobiography, written with Jill Lieber, Total Impact, share insights that can help all of use our finances to have the impact we want it to have on our lives, and on the world.