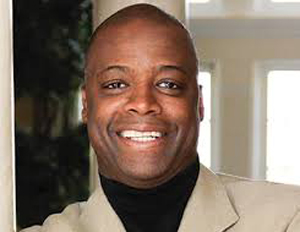 Service has been at the core of Darrell Green’s life since his youth, growing up in Houston, Texas. Strongly inspired by his parents and work in the community, he transferred that natural energy into being a professional athlete. Darrell Ray Green, former NFL cornerback, played for the Washington Redskins from 1983 to 2002. Widely considered to be one of the greatest cornerbacks to ever play football, Green was inducted into the Pro Football Hall of Fame in 2008.

Young rookie Green was invited to RFK stadium in Washington, D.C. to a community Christmas event hosted by another professional athlete, mentor and friend. He noticed that after the games, cookies and drinks, each child was given a “tokenâ€ of some sort. Sometimes, the wrong gifts were bestowed upon the kids. One time, a 16-year-old girl receive a gift designated for a young boy. Green was greatly bothered by that. Growing up poor in Houston, he remembered that even though he would receive only one gift, that gift was personal and hand-picked especially for him.

This moved him to host an event the following year where he could collect data (photos, gender, sizes, ages) so that each kid could receive a “personalized” gift and feel special, valued, and thought of. “I experienced something that I thought we could do better, where supporters would have the privilege to spend time with the kids and really make it special … where every child was on someone’s mind,â€ remarked Green.

This year commemorated the 26th annual Christmas With The Redskins (CWTR) event, hosted by the Darrell Green Youth Life Foundation. Being a third year sponsor myself, the experience has been nothing short of phenomenal. The caliber of excellence, execution, organization, atmosphere, and engaging activity is second to none. Not to mention the toys and premium items each child receives. The children are treated like royalty. It’s an unforgettable experience.

For this effort, it takes visionary teamwork to make the dream work! Green’s humility always shines through as he emphatically makes it known that the annual CWTR event is a community collaborative effort. Together with locally trusted relationships and leaders, auxiliary and community groups, and professional athletes, they repeatedly make it happen for hundreds of underserved children throughout the Washington metropolitan area.

“We are all in it together, supporting one another,” says Green. “The energy and the excitement that the people bring to the idea of giving–it’s the heart of the people, the willingness to take the time.” The Redskins players and area supporters show up with one purpose in mind, and that is to make a difference.

Whether the kids are receiving gifts or the players and supporters are bringing the gifts, Green believes that God is the source of it all. Deeply-rooted in his faith, Green explains, “My faith is synonymous with my heartbeat. It’s the driving force of my life. It’s the substance of my life. It’s Christ in me. Jesus helps me to live fully in every way.â€