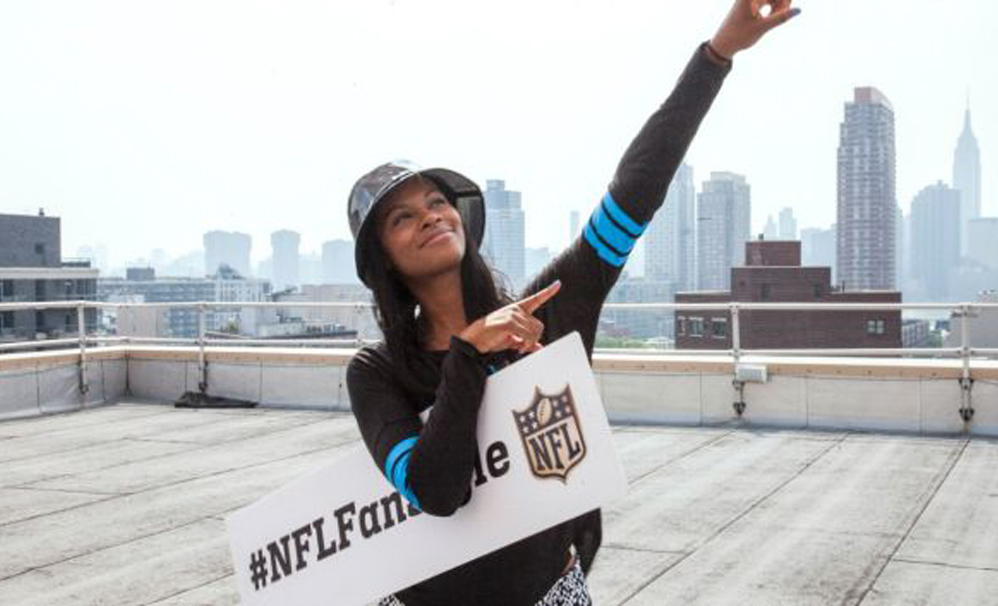 The NFL has launched its new men’s, women’s, and junior apparel lines featuring players and celebrity fans. Celebrities, including Alyssa Milano of Mistresses and Who’s the Boss, Dascha Polanco of Orange is the New Black, and Tika Sumpter of The Haves and the Have Nots, are featured in ads sporting the latest women’s gear. Juniors apparel ads feature Madison Pettis, best known for her role as Sophie Martinez on the Disney Channel sitcom Cory in the House.

The Rise of Female Coaches in Men’s Sports]

The celebrity fans will be featured in print and digital ads and serve as social media ambassadors, highlighting their favorite trends while wearing gear from the teams they love.

Celebrity stylist Kate Young curated the looks for NFL women’s apparel’s print ads, which showcase the versatility of the lines and include hats, t-shirts, and other sportswear.

“We strive to give our fans more ways to showcase their passion for their teams by offering options that are customizable and on-trend and we are thrilled to have such a diverse group of ambassadors as part of this year’s campaign,” said Natara Holloway, NFL vice president of consumer products brand and retail, in a statement.

All apparel can be found at NFLShop.com.