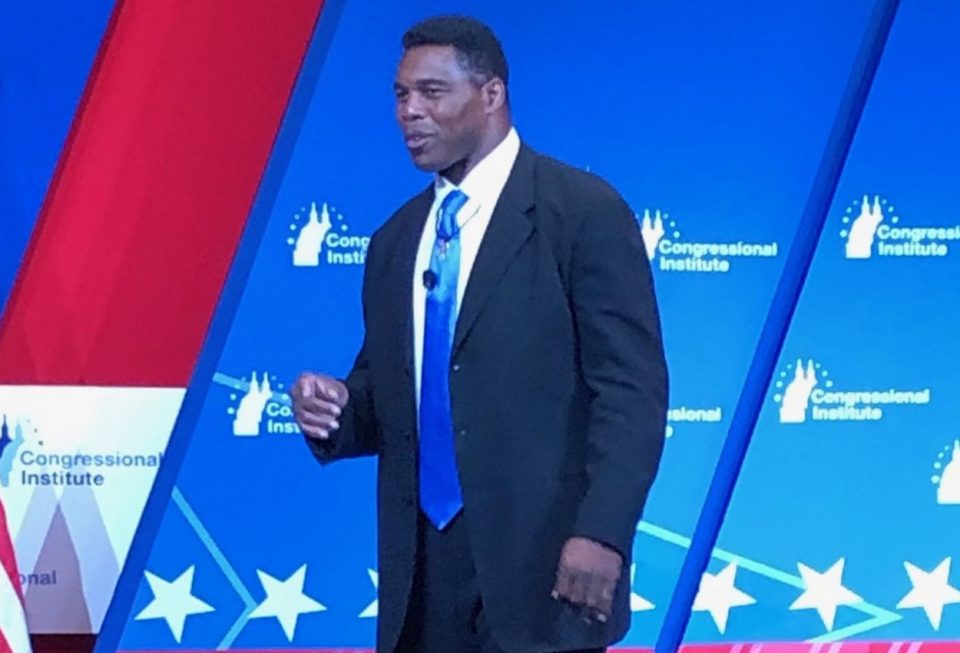 Former NFL player Herschel Walker, who is an avid Trump supporter, has a message for people who “don’t want any police.” He has suggested that he’d offer to meet with airlines to “make a deal to fly them to countries that don’t have police,” according to Fox News.

While the country is debating defunding the police, one of the rallying cries of the many recent protests for racial justice and police reform, many people aren’t even sure what that means. As CNN notes, some activists want a portion of local budgets reallocated from police to social services, while others are calling for the disbanding of police departments in favor of alternative models of maintaining law and order.

Walker was once was a player for the USFL (United States Football League)’s New Jersey Generals, a team that was owned by Donald Trump back in the 1980s. He played at the former Meadowlands Stadium for the Generals for two seasons in 1984 and 1985 before heading over to play 12 more years in the NFL.

I have an idea…

For all these people who don’t want any police, I’d love to meet with American Airlines, Delta, and Southwest and make a deal to fly them to countries that don’t have police. I want them to be happy! @CNN @FoxNews @DonaldJTrumpJr @POTUS @espn

We’re civilized people. Why can’t true congressmen/women and senators get together with leaders from all ethnic groups, both left and right, to find solutions… unless certain people in Washington don’t want to see a change. I’m volunteering myself as one of the black leaders.