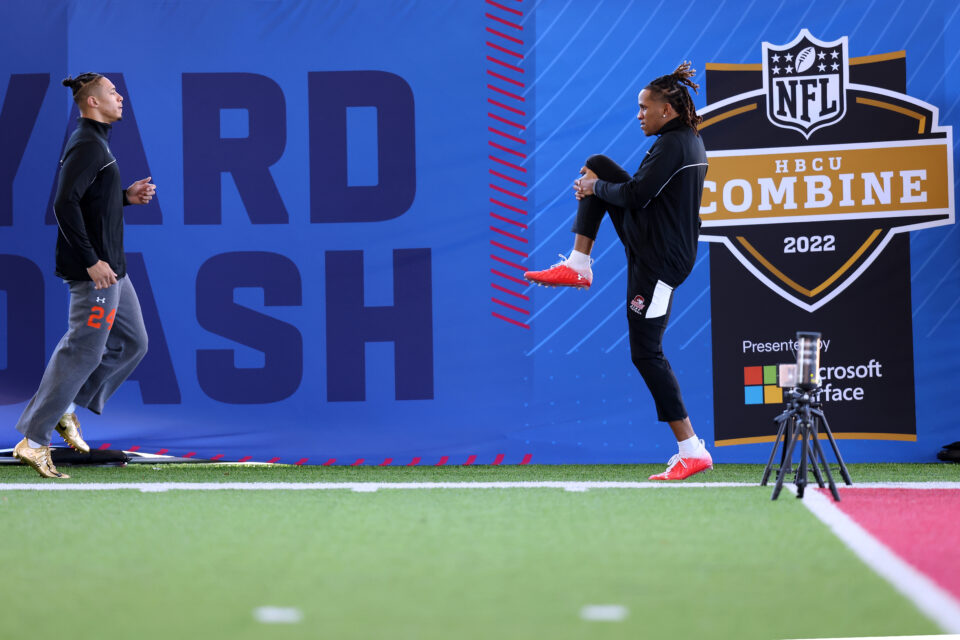 The National Football League (NFL) is moving the annual HBCU Combine from Reese’s Senior Bowl in Mobile, Alabama, to the 2023 HBCU Legacy Bowl in Metairie, Louisiana.

The HBCU Combine, now an annual event, is a chance for HBCU football athletes to meet, talk, and go through on-field workouts and evaluations for NFL scouts, coaches, and executives ahead of the NFL Draft. Last year, the first NFL-sponsored HBCU combine was held in Mobile ahead of the Senior Bowl game for Division 1 seniors entering the draft.

Sports Illustrated reports this year that the HBCU Combine will be in Louisiana at the same site as the 2023 HBCU Legacy Bowl game for HBCU seniors who intend to declare for the NFL draft.

“It’s a great idea to have the HBCU Combine with the HBCU Legacy Bowl,” Doug Williams, Legacy Bowl co-founder, told Sports Illustrated. “We know that only a few of our kids have the opportunity to go to the NFL Combine. So this is their Combine, here, with the Legacy Bowl.”

The HBCU Combine will take place on Feb. 20, 2023, at the Ochsner Sports Performance Center, which is the home of the New Orleans Saints’ practice facility. The combine will be followed by three days of practice in front of NFL scouts and team officials and a walk-through before the HBCU Legacy Bowl on Feb. 25.

An HBCU Scouting Committee consisting of current and former NFL executives will evaluate and select the participants for the HBCU Combine and the Legacy Bowl. All 32 NFL teams will be represented at the HBCU Legacy Bowl to ensure maximum visibility for HBCU football players.

“Throughout NFL history, HBCU athletes have exemplified a standard of excellence both on and off the field,” Troy Vincent, NFL executive vice president of Football Operations, said in a statement.

“The HBCU Combine is part of honoring that legacy and making every effort to accelerate the exposure of HBCU draft prospects to all NFL clubs. The game is better when all have the opportunity to compete.”

HBCU athletes have a rich tradition of NFL success. Williams, who played quarterback at Grambling State University, was the first HBCU quarterback to win the Super Bowl in 1988 when he led the Washington Redskins past the Denver Broncos in Super Bowl XXII.