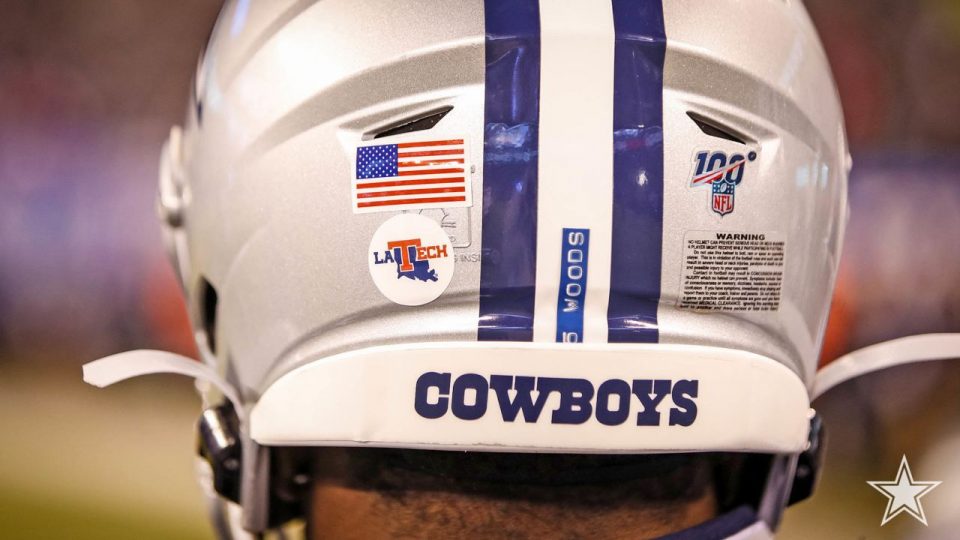 The back of a Dallas Cowboys football helmet. (Image: Twitter/@DallasCowboys)

The National Football League (NFL) is planning to allow players to have decals on the back of helmets bearing the names or initials of victims of systemic racism and police violence.

The NFL has been in talks with the player’s association since June about honoring such victims, according to The Undefeated’s Jason Reid. Additionally, individual players will be given the option to choose different names.

The idea is something of a breakthrough for the NFL. Typically, NFL uniform rules are very specific. Last season Saints LB Demario Davis was fined $7,017 for wearing a headband with ‘Man of God’ written across it.

The league does allow players to wear pink in October to support breast cancer awareness and camouflage gear in November for Military Appreciation Month. Players also have been allowed to represent a charity or organization of their choice on their cleats one weekend per season.

This initiative signals a groundbreaking step for the league, which has typically tried to stay out of politics and social issues. With the ongoing Black Lives Matter protests across the country and NBA players player strike last week in protest of the police shooting of Jacob Blake, the NFL may be trying to avoid a similar action by its players. Plus, the NFL’s blackballing of Colin Kaepernick for taking a knee and league commissioner Roger Goddell admitting earlier this summer the league was wrong for not listening is still fresh in many players’ minds.

A list of names and initials for use on the helmet decals is being put together by the league and the player’s association. Players have been encouraged to provide names and initials they want to use for the initiative, which will last the entire season.

Earlier this summer, the NFL announced it will have “Lift Every Voice And Sing,” traditionally known as the Black national anthem, performed live or played before every Week 1 game.