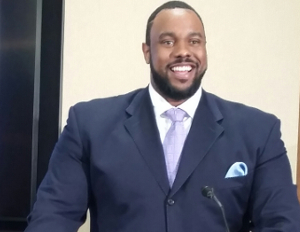 Jonathan Scott, a 9-year NFL veteranÂ offensive tackle, is a businessman, athlete, and health advocate.Â Over the span of his career, Scott hasÂ played for the Buffalo Bills, Pittsburg Steelers, and Detroit Lions, and last played for the Atlanta Falcons.

After spending Â nine years protecting his offensive teammates from being tackled, Scott now has to protect himself.

JonathanÂ was diagnosed with Plaque Psoriasis in 2009 when he was playing with the Buffalo Bills. Following the devastating loss of his father in 2009, he began to develop a growth in his scalp. After several tests, it was confirmed that he was suffering from plaque psoriasis.

“The two emotions I felt after my diagnosis were frustration and embarrassment,” said Jonathan Scott, a nine-year veteran of the National Football League and featured patient panelist at the National Psoriasis Foundation Skin of Color Congressional Briefing; held on Oct. 22. 2015. “From the outside looking in it was like a growth taking place, and this was very shocking for me.â€

Today, Jonathan Scott is a brand ambassador for the National Psoriasis Foundation, helping to bring awareness to psoriasis and speaking as a health advocate. “By learning more about psoriasis and getting involved with the National Psoriasis Foundation, I gained confidence in myself and my ability to manage the condition. I hope that by spreading awareness of psoriasis among people of color, I can help others in my community feel comfortable in their own skin.”

Although psoriasis affects 7.5 million Americans, it is reported less frequently in African American, Asian, Latino and other non-Caucasian populations. Although less frequently reported in non-Caucasian subgroups, studies show that these populations are more deeply affected by psoriasis on both a physical and psychological level. “Accepting the fact that I had the disease was one of my most challenging moments,â€ says Scott. “After accepting the disease I was able to build a battle plan around how I will overcome it.â€

Working alongside the National Psoriasis Foundation, Scott is determined to use his platform to connect with people of color who are being diagnosed with this disease. “I want to get to the point where there is a complete cure for psoriasis. I am sure with the collective efforts of advocacy groups, government funding, and the National Psoriasis Foundation, we will see that light at the end of the tunnel.â€

Psoriasis is a chronic, genetic disease of the immune system that appears on the skin, causing it to crack, itch and bleed. It is the most common autoimmune disease in the country, affecting as many as 7.5 million Americans. Up to 30% of people with psoriasis develop psoriatic arthritis, which causes pain and swelling of the joints. If left untreated, psoriatic arthritis can cause irreversible joint damage.