NFL Will Not Hold Live Anthem Performances Due To Coronavirus

The National Football League has announced there will be no live national anthem performances this season due to the coronavirus pandemic.

According to Michael McCarthy of Front Office Sports, the NFL will not hold any live performances of the national anthem this season and the league may also reduce the presence of military and police honor guards at games.

“The objective is to strictly limit the number of people on the sidelines who can potentially infect players and coaches with COVID-19,” McCarthy reported. “By the same token, the league will also crack down on the number of credentialed reporters and photographers with access to the playing field. Given the pandemic, the number of medical personnel on the sidelines will remain the same.”

McCarthy said the anthem will still be played before games, but instead of hosting performances on the field, the league “may ask performers to sing the anthem off-site, then pipe it live inside their stadium,” or play prerecorded versions of the anthem.

This isn’t the only change to the NFL’s pre-game anthem itinerary. The league also announced in July that it plans to play “Lift Every Voice And Sing,” long considered the Black national anthem, before every week one game this season.

The national anthem has been a controversial issue surrounding the NFL since 2016 when former San Francisco 49ers quarterback Colin Kaepernick took a knee during the anthem citing police brutality across the country. Kaepernick was essentially blackballed from the NFL for refusing to stand for the anthem.

After the deaths of George Floyd and Breonna Taylor earlier this year, NFL commissioner Roger Goodell publicly apologized for not listening to players and encouraged players to peacefully protest social injustice this year.

However, President Trump, who once sued the NFL and won $3, has been a hard supporter of making players stand for the anthem. Tuesday, Trump said on Clay Travis’s Fox Sports radio show “If they don’t stand for the national anthem, I hope they don’t open.” 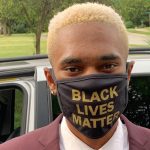 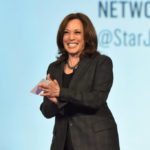