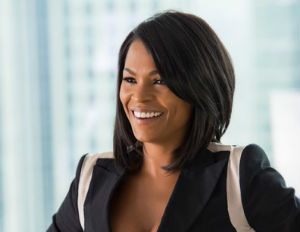 Nia Long can be found in countless movies over the course of her 43 years. Her most recent film ‘The Single Moms Club‘ produced by Tyler Perry is set to debut in theaters on March 14th. Long who graces the cover of the April issue of Essence magazine discusses the film and motherhood in that issue. Also discussed is the fact that her son Massai is also featured in the film.

“Later this month, Nia Long is set to star in her latest role inÂ Tyler Perry’s “The Single Moms Club.” And to help celebrate its release, the gorgeous actress isÂ gracing the cover of ESSENCE magazine’s April issue.

For the glossy’s feature, entitled “Nia In Charge,” the 43-year-old mother of two opens up on an array of topics, including callback jitters when her son Massai decided to audition for “Single Moms” as well.”