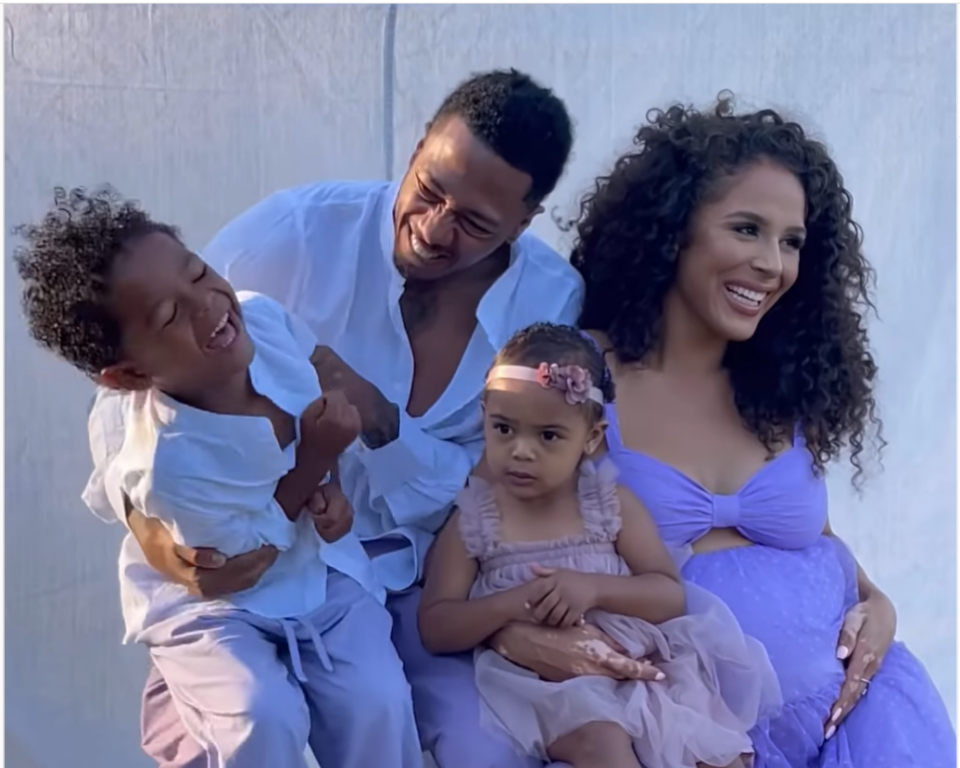 On Wednesday, Cannon announced on Instagram that he and Bell are expecting another child. This will be their third child together and The Masked Singer host’s 9th – or perhaps 10th –  baby.

According to Entertainment Tonight, Abby De La Rosa confirmed earlier this summer that she is expecting another child, but she never revealed who the father is. Yet, TMZ reported that Cannon is the dad.

The Instagram post showed the pair in the middle of a photo shoot with Cannon affectionately hugging Bell and caressing her belly. Alexander O’Neal‘s ballad, “Sunshine” is the soundtrack for the video clip.

In June, the former Nickelodeon star revealed that he was expecting more children on Angela Yee’s Lip Service podcast. During Yee’s discussion with him, she asked him point blank if he had “three babies on the way. Is that true or false?”

His response: “When you say ‘on the way… What count are you at? Let’s just put it this way; the stork is on the way.

“It could be. This is what I said, ‘If you thought the numbers I put up in 2021 if you thought it was a lot of kids last year.”

Cannon currently has eight children, including a set of twins, son Moroccan and daughter Monroe, with ex-wife, Mariah Carey. In June 2021, Cannon had another set of twins, Zion Mixolydian Cannon and Zillion Heir Cannon with De La Rosa.

His daughter, Powerful Queen, and son, Golden, were with Bell. Sadly, his youngest son, Zen, who he had with model Alyssa Scott in July 2021, died in December.

His youngest child, whose mother is Bre Tiesi, posted on Instagram that she had given birth to him through all-natural, unmedicated home birth.