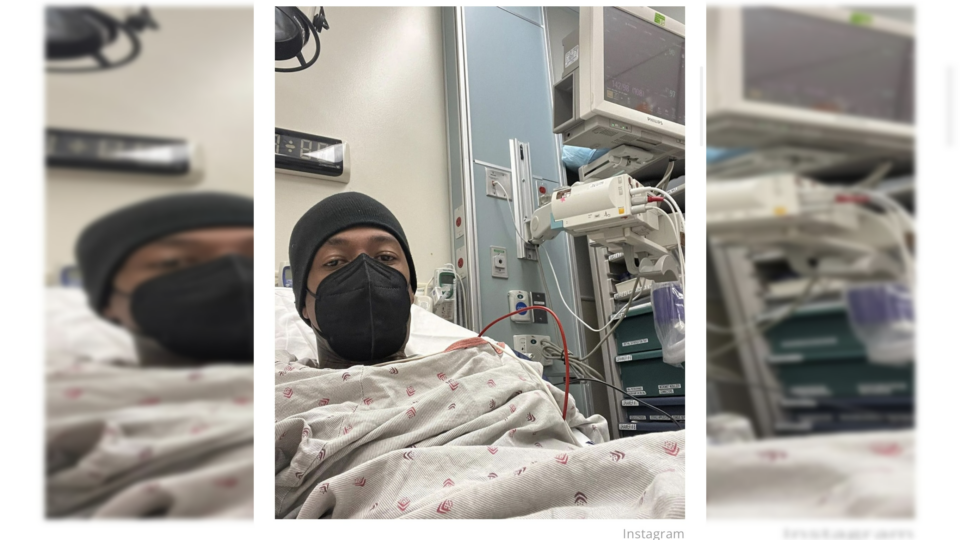 Nick Cannon is in the hospital with a bout of pneumonia. Cannon shared the news on Instagram on Dec. 2 with a picture of himself in his hospital bed.

Cannon was in New York City for a show at Madison Square Garden with his Wild ‘N Out tour.

“Okay, so I guess I’m not Superman,” he wrote. “I promised myself I would never be back at this place again… But this is a great lesson to take care of YOU or YOU won’t be able to take care of everyone else.”

Cannon went on to say that he had pneumonia and would soon recover after he had some rest.

“Don’t trip though, I don’t need any well wishes or prayers, just some solid rest and I will be back on the journey to becoming stronger than ever… it’s just pneumonia, nothing I can’t handle.”

“Crazy thing is, last night we was just rocking a sold-out crowd at Madison square garden in front of thousands of fans, now I’m all alone in a tiny hospital room. Life is definitely a rollercoaster! #LupusWarrior.”

Although Cannon said he wasn’t soliciting sympathy, he did point out that he was “…all alone in a tiny hospital room.”

He has twins Moroccan and Monroe with his ex-wife, singer Mariah Carey. The 42-year-old is also expecting his 12th child next year, his second with model Alyssa Scott. Their first child, 5-month-old Zen, died tragically in 2021 from a brain tumor.