The popular series Wild ‘N Out, which has been hosted by Nick Cannon for the past 15 seasons, is returning next month on a different channel but within the same company.

According to Deadline, “Wild ‘N Out will be make its return on August 10, 8 p.m. ET/PT. The returning comedy improv will be broadcast on VH1 after being on sister station MTV for its first 15 seasons. New episodes will air every Tuesday and Wednesday night going forward.

Earlier this year in February, after making amends for the anti-Semitic remarks he made last summer on his podcast, causing ViacomCBS to cut ties with the entertainer,. Now, the pair is working together again.

While this is great news for the Wild ‘N Out host, it’s apparent that Nick has kept busy wit the arrival of four new children over the span of a year.

The VH1 host recently welcomed his seventh child, his son, Zen Cannon, whose mother is Alyssa Scott, on June 23. This is in addition to the set of twin boys who were born on June 14 by Abby De La Rosa, Zion Mixolydian Cannon and Zlllion Heir Cannon.

Before this new year started, back in December 2020, Cannon welcomed another child, this time, a daughter named Powerful Queen Cannon, who was birthed by Brittany Bell. Cannon also has a four-year-old son, named Golden Cannon, with Bell.

And, of course, there’s the first set of twins, a boy, and a girl, who are now 10 years old, Moroccan and Monroe, who are the children of superstar Mariah Carey. Carey and Cannon were married in 2008 before separating in 2014 and officially divorcing in 2016. The pair tied the knot after six weeks. 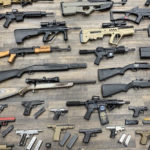 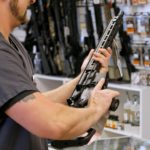