Nicki Minaj Helps Pay For Her Fans To Go To College 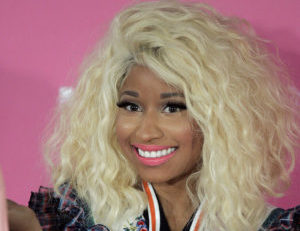 Nicki Minaj is helping her fans pay for college.

On Saturday, the 34-year-old rapper sporadically decided to help over a dozen of her Twitter fans pay their student loans, tuition, and other college-related expenses.

Initially, Minaj was tweeting about a contest where she asked her fans to share videos of themselves singing the lyrics to her song “Regret in Your Tears.â€ In return, Minaj promised to pick a winner and fly them out to the Billboard Music Awards in Las Vegas to meet her. However, one fan tweeted asking the superstar for assistance in paying off his tuition.

@NICKIMINAJ Well you wanna pay for my tuition? pic.twitter.com/BhDil75UPj

Surprisingly, Minaj responded, saying she would help the student out if he could prove that he earned straight A’s. She then asked if anyone else needed help.

That queued an influx of tweets from broke college students.

@NICKIMINAJ I Have a 4.0 I’m In Medical School! I Wann Join!! pic.twitter.com/UzHbOJqZ3D

U want to go to college but can’t? How much do u need to get u in school? Is that the only thing stopping u? https://t.co/A3mYQHgPNX

A few hours later, the Queens-bred rapper committed to paying thousands of dollars to help more than a dozen lucky students. Eventually, she ended the contest, but she promised to send another round of payments again.

Ok u guys. It’s been fun. Let me make those payments tmrw then see if I have any money left. I’ll do some more in a month or 2.

On Monday, TMZ confirmed that the “Anacondaâ€ singer made good on her word by transferring thousands of dollars to her fans.

Minaj’s impromptu contest was launched just weeks after BeyoncÃ© promised to help four “boldâ€ women pay for college through the creation of her Formation ScholarsÂ program. Under the program, scholarships will be awarded to female college students majoring in either creative arts, music, literature, or African American studies.

The criteria? Formation Scholars must be “unafraid to think outside the box, who are bold, creative, conscious, and confident,â€ reads a statement posted on BeyoncÃ©’s website. These scholarships will be awarded to one woman from each of the following schools: Howard University, Spelman College, Berklee College of Music, and the Parsons School of Design.