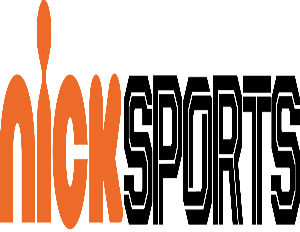 Since Nicktoons launched NickSports in September, the network has seen a 15 percent increase during the sports programming block with boys ages six to eleven, according to Nickelodeon. At the helm of the sports-related content is Keith Dawkins, senior vice president and general manager at Nicktoons.

Under Dawkins’ lead, the network is airing animated series that highlight their relationships with the NFL, Nascar and MLB such as NFL Rush and Nascar’s Hammer Down. But Dawkins is also open to deals with non-traditional sports directors who are creating relevant content.

“We have content coming from everywhere really,â€ says Dawkins who inked a content deal with director Crystal McCrary in 2013 for Little Ballers, a documentary about four pre-teens from New York who are on the journey to win the Amateur Athletic Union (AAU) championship.

“Crystal is not a professional athlete but she has deep contacts with professional athletes,â€ said Dawkins. McCrary is the ex-wife of former NBA player Greg Anthony, but she also has a track record in the industry as an entertainment lawyer turned New York Times Best-selling author. She is the author of non sports-related titles Homecourt Advantage (Harper Collins) and Gotham Diaries (Hyperion). She also produced the independent film Dirty Laundry (FOX Films) and has produced broadcast projects for BET and the NAACP Image Awards.

“What’s good about doing deals with leagues and professional athletes is they bring authenticity and legitimacy around an idea,â€ said Dawkins. “They bring media, reach, and marketing, but original creators bring originality and have stories to tell as well.â€

“Following the Little Ballers premiere, we will be premiering Racing Stripes (March 4), then MVP: Most Valuable Primate, Thunderstruck (encore), and an encore of Little Ballers, respectively every Wednesday throughout the month,â€ said a Nickelodeon spokesperson.

“We are constantly looking for ideas. It’s bad for business to say we have all the ideas we need,â€ said Dawkins who is responsible for the day-to-day operations for Nicktoons, TeenNick and NickJr.