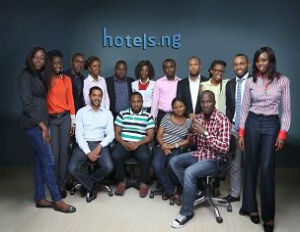 A Nigerian hotel-booking company has raised $1.2 million in VC funding for its plans to expand across Africa–one of the biggest rounds of tech fundraising in the nation’s history.

Hotels.ng, founded by Mark Essien, received the funding from investors that include the EchoVC Pan-Africa Fund and Omidyar Network, the latter of which was launched by eBay founder Pierre Omidyar, according to TechCrunch.

According to Essien, Hotels.ng will launch its new operations in Ghana before expanding into other countries in West Africa and then throughout the rest of the continent.

The report states that Hotels.ng will focus on its mobile phone platform, one of the fastest-growing such markets in the world and the method through which many African consumers access the Internet. About 30% of Hotels.ng’s reservations were booked through a mobile device. Some 70,000 new customers registered for the site and more than 1 million searches were conducted on Hotels.ng in 2014, TechCrunch reports. And tourism is expected to account for about 5.8% of Nigeria’s gross domestic product by 2024, prompting many hotel-booking companies to try to make a footprint in the West African nation, whose business sector continues to expand.

Essien says Hotels.ng has a few advantages over its competition. Among them is its exclusive focus on Africa and what he says is the site’s ability to offer more inventory than competitors while also being able to adapt to the needs of those who may not have consistent mobile or online connections.

“The hotel booking space in particular–even though it was a big market abroad–did not exist in the entire Sub-Saharan African market. After looking into the market, I understood the operational challenges that prevented it from existing and then set about to solve them,â€ Essien told TechCrunch. “We were able to solve them, and the day the site went live, we were dealing with 100 calls a day. Since then, the business has kept growing–down to us raising one of the biggest Nigerian tech rounds in recent times.â€